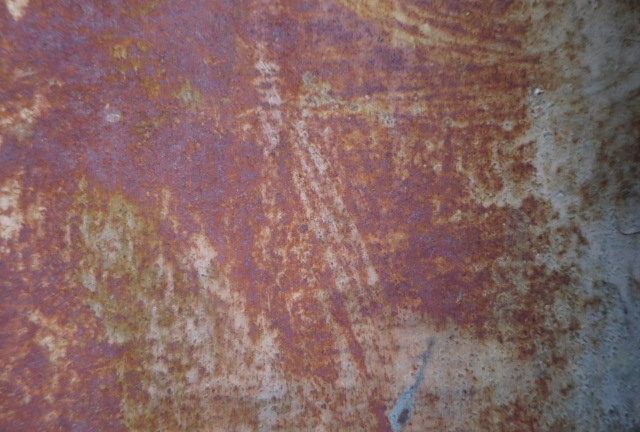 Notes on Christian Jambet & the Question of the One

If there is one conviction shared by the majority of contemporary philosophers, this is it: the one is not [l’un n’est pas]. . .Once affirmed, this conviction converts smoothly into various systems of thought, until either every attestation of the real is renounced, or at least until the real is thoroughly separated from its theological identity with the one. . .Whatever the merits of this decision may be, its unavoidable consequence is to conceal what is at stake, metaphysically, when the mind acknowledges that the highest power resides in the one. [1]

It would seem that Christian Jambet’s intervention in the history of philosophy have largely escaped the attention of the Anglophone reception of  contemporary “French philosophy.” Hence the importance of Peter Hallward’s reflections on Jambet’s life and work in his 2003 introduction to Jambet’s ‘Some Comments on the Question of the One’ published in Angelaki. [3] For Hallward, this relative neglect of Jambet’s work is a disservice to ourselves and to the image of French theory/philosophy that continues to be faithfully passed down within academia – especially given a person who was influenced by “Mao and Lacan” while also serving as “the translator of Rumi and Oscar Wilde” and “an attentive reader of Foucault, Deleuze, and Badiou.” Given this range and diversity of Jambet’s thought, and as Hallward puts it, Jambet quite frankly “makes mainstream work in comparative philosophy look positively parochial” [4] and constitutes a blindspot regarding our understanding of the developments specific to the French tradition.

According to Hallward, Jambet’s intervention can be understood as constituted by its two main concerns: revolution and philosophy. Regarding the latter, Jambet defends a view of philosophy, not as the pursuit of knowledge or opinion, but as the reflexive undertaking that, when applied to oneself (“an entering into discord with oneself”), transforms both the subject and its image of thought. That is, philosophy is to be found in all those acts, which pursue a line of inquiry that is also defined by its qualitative break with every prejudice and acculturated habit that is recognizable by its belonging to a certain ‘common sense.’ As Hallward writes: “a genuine “philosophical act takes place when its subjects overturn their conception of the world,” when, breaking with prejudice or habit, they devise ways of thinking along lines indifferent to all received representations of the world. Philosophy…is a reflexive work of transformation applied upon oneself…so as to accord with a way of thinking that holds, in principle for anyone at all.”[5] For Jambet, what is at stake in the practice of philosophy is the transformation of the thinking subject such that this subject’s mode of thought is marked by a break with those forms of thought sustained by either tradition (“good sense”) or convention (“common sense”).

Given Jambet’s experiences as a member of the Maoist groups Union des Jeunesses Communistes and Gauche Prolétarienne and ultimate disappointment with the direction taken by Maoism in both China and France, he returns to and refashions a theory of revolutionary subjectivity (as developed in his text L’Ange from 1976 and furthered in his 1978 work Le Monde) which allows him to begin theorizing revolution as a “spiritual affair” – a revolution whose “most immediate enemies are those…who seek to harness its forces to merely social or historical ends.”[6] However, we should not understand this spiritual definition of revolution as a regression or inherent mysticism regarding Jambet’s political thought. Rather, for Jambet, revolution belongs to the category of Spirit precisely because it is Spirit that is said to be the locus of the genesis of novel forms of both thinking and living. This revolutionary spiritualism opposed to a theory of revolution bound by the dictates of History (world), says Hallward, allows Jambet to directly address what is at stake in both emancipatory politics as well as the history of Islam:

“Jambet’s decisive encounter with Corbin…is what determined him to look for such points of reference primarily in esoteric Shi’ite philosophy, in which the struggle between world and spirit (between a literal and law-bound conception of the Qu’ran and one that urges the invention of new forms of interpretation) is particularly acute. The question posed today by the likes of Khomeini and bin Laden is the question that has divided Islam from the beginning: is God’s will essentially mediated by rules and institutions and thus caught up in the enforcement of law, or “is God creative freedom, pure spontaneity, such that true believers express this divine freedom in their own spiritual practice,” as so many instances of “boundless spontaneity”?” [7]

So, for Jambet, revolution is decidedly ‘spiritual’ insofar as it is precisely those instances which belong to Spirit that are also acts/moments/thoughts/lives/etc., that realizes that novel and creative force, which expresses, not the relative and particular intentions of human agents, but the logic of that which can only be said to be absolutely free, creative, and spontaneous. If Revolution no longer answers to the demands of realizing historical institutions such as law, or the state, this is because to do so would ultimately mean reversing the relation between the absolute and what is relative to it – which, as Hallward notes, when translated in practical terms is a reversal defined by the very agendas set forth by Khomeini and bin Laden since each, in their own way, valorize a policing relation based on a ‘literal and law-bound conception of the Qu’ran’ (a metaphysical reversal whose political correlate is categorized as World). So, if revolution is to mean anything it must necessarily be so many instances (i.e. so many moments of a coming-into-being and in accordance with substance and attributes of which it is an expression) of the divine attribute of “boundless spontaneity.” And in this manner, says Jambet, revolution is nothing if not a spiritual affair.

However it is at this point in Jambet’s reconsideration of the fundamental features of revolution that we would be right to ask the following: what leads Jambet to think revolution from the vantage point of a substance based metaphysics? What is it that compels Jambet to deny the dictum that l’un n’est pas [the one is not] and to recuperate the existence of ‘the One’? In any event, it is the radical transformation of oneself and the world that remains at stake. And as Jambet will show, it is only by virtue of ‘the One’ that (i) Thought has access to the reality of revolution just as (ii) it is by virtue of ‘the One’ that revolution becomes a real possibility in Practice.

So, on what basis is Jambet able to claim that Revolution is only said of Spirit and not of the World? On what grounds does Jambet’s theory of revolution avoid turning into a politics founded upon an underlying mysticism and whose subject is characterized by a properly agnostic paralysis; or a less prosaic variant of a heavily mediated idealism? These questions become all the more serious since Jambet’s position seems to go against the very method (historical materialism) that allowed Marx and Engels to develop a theory of revolution whose promise was the universal emancipation of humanity. So, all of this is to ask: ‘can revolution be accomplished in thought and action if we abjure our relation History, which would be, for Jambet, an attribute, not of Spirit, but of the World?‘ On this point Hallward is again instructive since, for Jambet, revolution undoubtedly belongs to ‘Spirit’ insofar as its defining characteristics are only many expressions, or emanations, of its attributes: