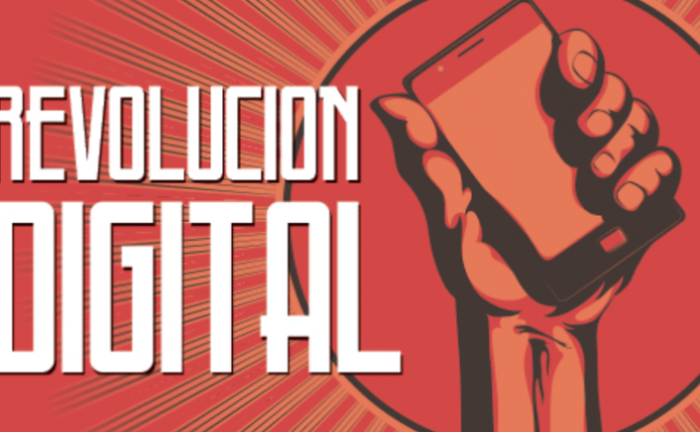 Slavoj Zizek: The Next Revolution – the Digital Commons?

The digital network that sustains the functioning of our societies as well as their control mechanisms is the ultimate figure of the technical grid that sustains power – and does this not confer a new lease of life on Trotsky’s idea that the key to the State lies not in its political and secretarial organizations but in its technical services?

—Slavoj Zizek, Like A Thief In Broad Daylight: Power in the Era of Post-Humanity

After a lengthy investigations of the history of the October Revolution of 1917 in which Slavoj Zizek brings forward the notion that it was not Lenin but Trotsky who was the true architect and Master-mind behind the supposed coup de taut – but not of a vanguard group of idealist liberators storming the Winter Palace or government buildings, etc., but rather of a nation wide attack by engineers and workers on the ‘technical services’ (the material superstructure) underpinning and supporting  the regime:

Trotsky thus targeted the material (technical) grid of power (railways, electricity, water supply, post, etc.), the grid without which state power hangs in the void and becomes inoperative. Let the mobilized masses fight the police and storm the Winter Palace (an act without any real relevance): the essential move is accomplished by a tiny, dedicated minority … (p. 47)1

In our own time the technical grid of power on a global scale is the ‘digital commons’ which is under the power and control of both State and Commercial global-capitalism. For Zizek the time has come to re-evaluate Trotsky’s notions, analyzing them coldly and with a careful attention to the details of how we might apply them in today’s world “since this insight of Trotsky has gained new actuality with the progressive digitalization of our lives in what could be characterized as the new era of posthuman power” (p. 47).  As Zizek adds,

Most of our activities (and passivities) are now registered in some digital cloud that also permanently evaluates us, tracing not only our acts but also our emotional states; when we experience ourselves as free to the utmost (surfing the web, where everything is available), we are totally ‘externalized’ and subtly manipulated. The digital network gives new meaning to the old slogan ‘the personal is political’. And it’s not only the control of our intimate lives that is at stake: everything is today regulated by some digital network, from transport to health, from electricity to water. That’s why the web is now our most important commons, and the struggle for its control is the struggle today. The enemy is the combination of privatized and state-controlled commons, corporations (Google, Facebook) and state security agencies (NSA). But we know all this, so where does Trotsky enter? (p. 47) my italics

Which leads Zizek to ask: “Consequently, in the same way that, for Trotsky, taking control of the post, electricity, railways and so on was the key moment of the revolutionary seizure of power, is it not the case that today the ‘occupation’ of the digital grid is absolutely crucial if we are to break the power of the state and capital?” So that Zizek’s most provocative advance in a long while toward global revolution comes not through armed insurrection or the use of literal force, but rather through a carefully initiated strike against the heart of the new global commons: “And, in the same way that Trotsky required the mobilization of a tight, disciplined ‘storming party, technical experts and gangs of armed men led by engineers’ to resolve this ‘question of technique’, the lesson of the last decades is that neither massive grass-roots protests (as we have seen in Spain and Greece) nor well-organized political movements (parties with elaborated political visions) are enough – we also need a narrow, striking force of dedicated ‘engineers’ (hackers, whistle-blowers …) organized as a disciplined conspiratorial group. Its task will be to ‘take over’ the digital grid, to rip it out of the hands of corporations and state agencies that now de facto control it. (p. 47)” my italics

Yet, we must not underestimate the power of the global networks of power to dampen and close down such revolutionary fervor, for as Zizek reminds us:

WikiLeaks was here just the beginning, and our motto should be here a Maoist one: Let a hundred WikiLeaks blossom! The panic and fury with which those in power, those who control our digital commons, reacted to Assange is a proof that such an activity hits the nerve. There will be many blows below the belt in this fight – our side will be accused of playing into the enemy’s hands (like the campaign against Assange for being in the service of Putin), but we should get used to it and learn to strike back with interest, ruthlessly playing one side against another in order to bring them all down. Were Lenin and Trotsky also not accused of being paid by the Germans and/or by Jewish bankers? As for the scare that such an activity will disturb the functioning of our societies and thus threaten millions of lives: we should bear in mind that it is those in power who are ready to selectively shut down the digital grid to isolate and contain protests – when massive public dissatisfactions explode, the first move is always to disconnect the internet and mobile phones.

We need thus the political equivalent of the Hegelian triad of the universal, the particular, and the singular. Universal: a mass upheaval, in the Podemos style. Particular: a political organization that can translate the dissatisfaction into an operative political programme. Singular: ‘elitist’ specialized groups which, acting in a purely ‘technical’ way, undermine the functioning of state control and regulation. Without this third element, the first two remain impotent. (p. 48)