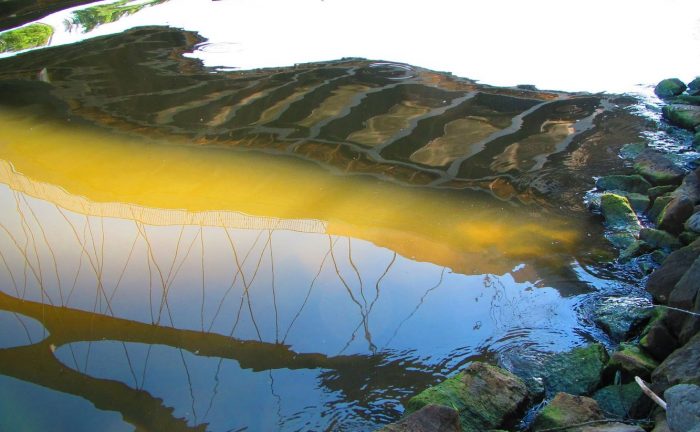 The artist Steve Lambert had a great tweet once that was something like “every time you send me a .doc file, my opinion of you decreases.” I have similar feelings about Bruno Latour. Whenever people cite Latour, my opinion of them decreases.

Nevertheless Latour has been, it will be reluctantly admitted, tremendously successful as a researcher, thinker, and author. And so the citations proliferate. Yet I was still surprised to see the recent profile of Latour published in the New York Times, whose reporting on intellectual matters is not so much remedial as nonexistent. As a rule, the Times will cover scholars when they kiss their students, when they publish hoaxes, and when they die. Itemized in reverse order of preference, these options are somewhat limited. Yet in deviating from convention, reporter Ava Kofman turned in a fine story on an unappealing subject — more on that in a moment. One can only hope that the Times will increase this sort of reporting and, next time if not also for all time, shift away from the kind of mainstream male social scientists who tend to garner the most column inches. For instance I couldn’t help but notice that Anne Fausto-Sterling, one of Latour’s peers in the discipline of science and technology studies (STS), published a 900-word opinion piece in the paper at the very moment when Latour was the subject of a 6400-word feature in the glossy Times magazine. What if those numbers were reversed?

Until then we are left with our old French dandy — or, as Kofman put it, “a Wes Anderson character” — who, again I am reluctant to admit, is probably the single most influential scholar today across the social sciences and humanities, to the extent that there is one. Stop by an anthropology seminar and you will see students reading Latour; eavesdrop on conversations in English or Comparative Literature and you will hear mention of Latour; he comes up in Cultural Studies, American Studies, Performance Studies, and Cinema Studies; the art historians are all Latourians now, it seems, and even some philosophers; and there are, of course, entire fields and sub-disciplines like STS that Latour himself helped forge. In my home field, Media Studies, many professors and graduate students rely on Latour’s signature method known as Actor-Network Theory.

With his increased exposure Latour has also been the subject of increased criticism. Responses to Latour take many forms, some more successful than others. Latour himself is adept at intercepting and defeating his interlocutors, reinventing the terms of the debate and taking flak from both sides at the same time, as one faction will accuse him of being too conservative, while another faction of being too radical, and around and around. In fact Latour and his followers revel in such moments of factional confusion, taking them as portents of future success.

One common accusation leveled against Latour is that he promotes a more or less neoliberal, market-driven ontology in which all things are actors who meet on equal footing in order to exchange, translate, arbitrate, and indeed flesh out their very existence. To these accusers Latour’s chief flaw is a political one, for at best he abstains from the political question by naturalizing it, and at worst he unwittingly assists the dominant ideology by endorsing and recapitulating it. I’ll admit I’m persuaded by such accusations, and find Latour’s work shallow because of them. But it is one thing to crab and complain about one’s political enemies. It is another thing to investigate why such positions are malformed. So let’s suppress the epithets for the moment–bourgeois, neoliberal, Hobbesian, or otherwise–and instead try to clarify Latour’s chief defect. Hint: it has nothing to do with the postmodernism wars or the veracity of scientific fact.

Latour still believes the old myth that systems are disruptive of hierarchies, that bazaars are better than cathedrals, that networks corrode the power of the sovereign, that markets are the most natural, most democratic, and most scientifically accurate heuristic for redistributing and indeed defining knowledge. Such claims are often necessary to make, and are often true within a certain limited arena. Yet Latour is unable or unwilling to move beyond them, to take the ultimate step and acknowledge the historicity of networks. Such a step requires a number of things, but most importantly it requires an acknowledgement of the special relationship between networks and the industrial infrastructure, a relationship that began in the middle twentieth century and has become dominant now after the turn of the millennium. On this score, then, Latour has never been postmodern, not that he ever wanted to be. (He is, like Deleuze, often inaccurately lumped into that tradition.) Latour has never been postmodern because he won’t admit the contingency of one particular grand narrative, systematicity. He would never agree that there is an historical phase “after decentralization” has taken place. And even if we might convince him of such an historical periodization, he would not likely agree that this new reticular infrastructure should itself be the object of criticism. Latour views the reticular infrastructure as the real world, literally and explicitly.

Critique only runs out of steam if thinking becomes the handmaiden of one’s natural surroundings, only if the world of networks is taken to be the one and only network-world. Latour thus shuns both the Kantian and Marxian modes of critique: denying Kant he dismisses the kind of inquiry that would plumb the conditions of possibility for the present state of affairs, in the hopes of auto-position via better self-clarification; denying Marx he shuns the kind of inquiry that reveals the structure of antagonism generating these affairs, in the hopes of destroying them and generating a different configuration. In short, antagonism safely resides inside Latour’s world, but his system omits antagonism against the world.

(Indeed I’m only scratching the surface here. We could spend all day exploring a number of deviations and refractions brought to light by Latour. For instance, following Laruelle’s approach, Latour very clearly enacts a “reticular decision” of economic exchange in which markets and networks are sufficient to describe any situation whatsoever. And thus to avoid these Latourian difficulties one might “degrow” this particular reticular decision — so engorged, so sufficient — refusing to decide in favor of the network, and ultimately discovering the network’s generic insufficiency. Latour does the reverse. Networks overflow with sufficient capacity. And, at the same time, Latour’s networks are always somehow naturally Hobbesian, which seems to me both empirically false and politically retrograde.)

Regardless of what one might think about the reticular infrastructure, I suspect few would say that the goal of thinking is to be mimetic or recapitulative of it. That would simply perpetuate a king’s court of knowledge in which a single authority, here the industrial infrastructure, more or less dictates how and what may be thought. The goal of critical thinking, indeed the very definition of thought in the broadest sense, is to establish a relationship of the two vis-a-vis its object, a relation of difference, distinction, decision, opposition. As the phenomenologists like to say, thought is always intentional. Thought is rooted in an encounter and is thus participatory by definition. Thought attains perspective, albeit a perspective that is limited, provisional, and fully embedded in material conditions.

Here I am reminded of McLuhan’s hot/cold terminology. For McLuhan, “hot” media are those formats that extend a single aesthetic dimension in high resolution. Hot media are high-definition media, rich and oversaturated with aesthetic potency. Cold media, by contrast, favor low resolution, operating more through cues, suggestions, outlines and negative space, with the expectation that viewers and listeners will “complete” the work themselves.

Are networks hot or cold? One might be tempted to say cold, given that networks tend to increase interactivity. But that’s going about it backward; it’s not the mere fact of human participation as much as the qualitative nature of that participation (and its quantitive measure). Perhaps there was a time when networks were more holistic and “authentically” participatory. Regardless, once networks become sovereign, they shifted from cold to hot. Therein lies the problem with Latour. He’s a hot thinker in a hot world, no matter how cool he appears.

To be hot in thought is to suffer from over-resolution and thus ironically to lack resolve. To be a hot theorist is to grant the superstructure undue power over the mind, to turn the world into a giant palindrome, readable and reversible in perfect mimetic balance. Hot thinkers allow the palindrome to overcome them and incapacitate them. When thinking goes hot it loses its autonomy because, just like the hot media, hot thought is too busy absorbing, digesting and recapitulating received information.

Cold thought orients itself through the encounter, an encounter with another or with a group. Cold thought is directed, even “unidirectional,” not because it prohibits participation, but precisely the opposite, because it heightens the integrity of all participants as persons, persons thinking within dissensus.

Cold or hot? Criticism or capitation? This is what Latour represents today. Which is why, while the present is certainly very warm and getting hotter by the day, we can only hope that the future will become cold again. Ultimately the problem with Latour lies not in his ethnographies of laboratory life, not in his pragmatic-empiricist model of truth, not in his late role as impresario of museum shows and traveling theater, and most certainly not in the various debates around postmodernism, since every school kid knows postmodernism is a political disaster (but not a cultural one).

The problem with Latour is that nothing can ever change. Latour’s paradigm admits no event, no event that is not already determined in advance by material and institutional power. It’s being without event. Latour is, in this sense, the perfect avatar of what Badiou has labeled “democratic materialism,” that is, the notion that there are “only bodies and languages” but never events. And even if you dislike Badiou — lord knows he has his problems — I hope you will admit that Latour’s bodies-and-languages position is an abdication of the capacity for radical change, which is to say for the kind of thing we need most.

The world is real and only power can change it. Latour’s position is, on the one hand, a theology (only power). But, on the other, his theology is terrestrial and nihilistic (is real). Latour’s position is both deeply cynical and highly privileged. There’s nothing real about this profane existence. And the weakest creature under God can destroy it in an instant.