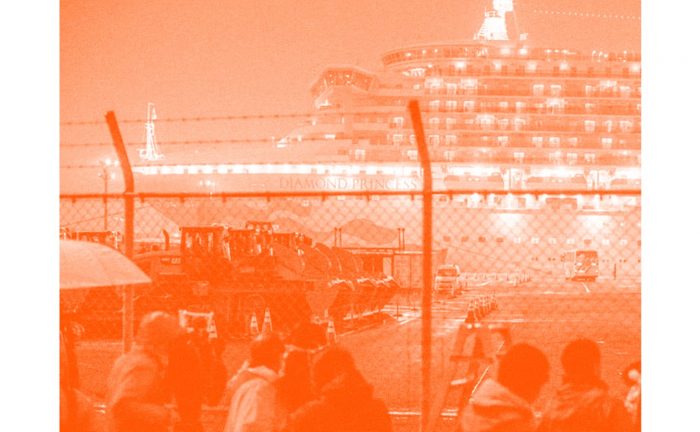 “Our enemy is separatism,” President Macron recently declared. Hearing him define separatism as “the will to leave the Republic, to no longer respect its rules,” to “leave the republican field” in the name of certain “beliefs,” many of us thought that he was talking about himself and not about Muslims, according to the well-known mechanism of projection – a primitive psychological defense system that makes it possible to attribute to another what one seeks to deny in oneself. This is because La République en Marche clearly appears to be the party of those who have separated themselves from others: from the people, from refugees, from the reality of the climate, and who are more interested in the future privatization of the pension system than in the laws of the Republic. It should be added that putting demonstrators’ eyes out with Flash-Ball guns (LBDs), making highschoolers kneel with their hands on their heads in Mantes-la-Jolie, or arresting those who worry about their future and invade the headquarters of the multinational BlackRock, does not seem to be a matter of respect for the rules of the Republic, unless one understands it as being in the business of psychic and physical mutilation.

The fact remains that separatism from above, based on contempt and violence, is taking place today not only in France, but in all countries where governments believe more in their ability to enrich their own families or the oil industry than in any scenario consisting of curbing the climate crisis. But this separatism from on high, officially denied, must face a phenomenon that reveals its logic in broad daylight: the so-called coronavirus. The measures prescribed by the French, Italian, or Chinese governments require precisely that we separate: to not gather together, to not leave our homes, to not touch each other, and to wash our hands ferociously – the time will come when we will be asked to separate ourselves from our hands so as not to infect our faces, to not think too hard to avoid a hint of truth escaping, and to only use sterilized words. This is a form of separatism that is not denied but required, a separatism of survival and fear, a separatism from below, as it were, pushed downwards, imposing confinement.

Separatism of survival, really? But how then to explain the disproportion between the dangerousness of this virus – with its rather low mortality rate – and the global paranoia surrounding it? For those who still remember Baudrillard’s analysis, this is not surprising. It is globalization itself that is viral, and tends to transform any phenomenon – atmospheric, social, technological – into an agent replicating itself everywhere and at any speed, into a shameless Mr. Smith (like the program that replicates itself and transforms everything into Mr. Smith in The Matrix). And the coronavirus is globalization crowned (the Latin corōna meaning crown), spreading sovereignly, threatening less life – we must not exaggerate – than to obstruct globalization (dangerous by its viral form, more than by its viral background). A dull crown, sure, but unfortunately we continue to elect kings.

As globalization continues to impose itself even on nationalists, some governments are trying to seize the opportunity to sort out their internal affairs, using the coronavirus as an instrument for globalizing the “state of exception” in order to limit collective freedoms. It is true that at a time of climate collapse, the danger for states is as follows: to not reveal their separatism from above, their contempt for the people, and the elite’s attempts to protect themselves for as long as possible from the effects of environmental destruction. Such evidence would indeed risk generating a political separatism with revolutionary aims, and it is this separatism, neither from above nor from below but collective, terrestrial, and planetary in vocation, that could make governments afraid – because nobody really believes, except out of far-right obsession and Catholic anxiety, that so-called Muslim separatism could give rise to a seizure of power in France.

It is therefore necessary to reckon with three separatisms: one, officially denied, is that of the authorities, separatism from above. The second, approved and institutional, is that which the coronavirus epidemic makes possible, a separatism of “biopolitical” control as described above. These two separatisms have as their mortal enemy the one that must never happen, the separatism generated by the political virus of the Great Refusal. The coronavirus could certainly overflow the containment attempts imposed by governments, but let us not believe for a moment that thermo-industrial civilization could be affected by it. Only a political virality that does not consent to the world order, to its global panic or its local immunology, is able to contest the foundations of the Sixth Extinction. It is by separating ourselves from that which destroys us that we learn to ally ourselves – freed from the need to survive, in the name of the desire to live.