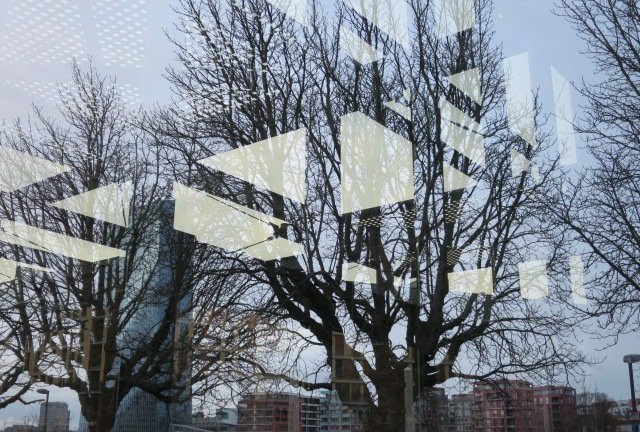 Wasting Away: Value, Waste, and Appropriation in the Capitalist World-Ecology

The decisive violence imposed on life by the capitalist mode of production derives from its quest for radical simplification. The dream, the fantasy, the nightmare of capital is its practical desire — practical, yet impossible — for world of interchangeable parts, in which one part of nature easily substitutes for another. This the conceit of value as abstract social labor, whose practical violence lies precisely in its negation of, and yet utter dependence upon,  life-making. What is certainly true about a long-running commentary on capitalism and entropy — capitalism as “dissipative system” — is the law of value’s negation of life-making, which turns on adaptation, variation, and the ongoing emergence of biological and even geological difference.[1] What has been missed is capital’s dependence on such life-making processes: those uncapitalized human and extra-human natures without which no great wave of accumulation can materialize. That dependence is materialized through accumulation by appropriation: the channeling of unpaid work by human and extra-human natures into the conditions for capital accumulation (Moore, 2014a, 2014b, 2014c).

It is a wasteful system, to be sure, but one wasteful only secondarily at the level of consequences. The epochal claim of capital is that only one part of nature — labor-power within the circuit of capital — is valuable; all the rest, at least all the rest within reach of capitalist power, is to be mobilized in servitude to labor productivity. Viewed in this way, we can immediately identify as wasteful capitalism’s value-centered appropriations, which find useful only “an extremely quantified form of lif” (Caffentzis, 2005).  What early critics of industrial agriculture noted about energy inefficiency is in fact a general law of capital accumulation. Even in the 1960s, it was apparent that every calorie of food production demanded more and more energy over time, such that in American agriculture today, one calorie of food requires no less than 15 calories of energy (Pimentel, et al., 1973; Canning, et al., 2010; Acker, et al., 2013; Cuéllar and Webber, 2010). Compounding the problem, one-third to one-half of “all food produced never reaches a human stomach” (Institution of Mechanical Engineers, 2012; also Gustavsson, et al., 2011).

In these terms, capitalism is not a system of efficiency, and can only be identified as a system of profligacy and waste. Such wastefulness is, moreover, immanent to capital; it is bound up with the constitution of capital itself, and not only its palpable consequences for the biosphere and for particular landscapes. While the latter is recognized by Cartesian Marxists (e.g. Foster, 2012; Dowd, 1989), and is connected with today’s biospheric problems, such as climate change, the story is more than one of outputs. Waste is possible as “output” (after production) only to the degree that unpaid work is wastefully appropriated as “input” (before and during production); waste, in other words, is both producer and product of capital accumulation. The condition for such massive production of waste (after production) is capitalism’s wasteful appropriation of life and energy (during production) – is capitalism’s commitment to an extreme form of quantification: the law of value. The history of American bison hunters on the Great Plains in the 19th century – taking only the hide and leaving the rest to rot (Isenberg, 2001)[2] – serves as an appropriate metaphor for the capitalist world-ecology’s vast and wasteful history.

Waste, then, suggests a crucial point of entry into the problem of appropriation.

The food/labor nexus is especially important, because “cheap” food and labor are at once determined by transformations of commodity production (through the capital-intensive moment of agricultural revolutions) and also by the degree to which capital can secure vast new opportunities for appropriating unpaid work outside the commodity system but inside capitalism. This was the genius of the American-led “family farm” revolution of the later 19th century (c. 1840-1900), combining unpaid family labor with the unpaid work of extra-human natures, especially those frontier soils of western North America, accumulated over millennia and largely untouched by agriculture (Friedman, 1978, 2000). Cheap energy is crucial because, especially since the steam power revolution, labor productivity surges forward with abundant cheap energy, and stagnates with rising energy prices, as we saw during the 1970s (Jorgenson, 1980, 1984). Recessions in the North Atlantic core have been closely linked to rising oil prices since the 1970s (Hamilton, 2009). Finally, neither cheap labor nor cheap energy is particularly useful if there are not abundant (cheap) raw materials that can be transformed into commodities.

The clear tendency of the capitalist mode of production is to dissolve the boundaries between each of the Big Four inputs, especially between food, energy, and raw materials, which have become increasingly interchangeable in recent decades. One moment of this is directly bio-material. The manifold uses of American maize, now used for ethanol, food, and industrial production, are one good example. Another is the generalization of energy-intensive nitrogen fertilizers in world agriculture, which have allowed a growing (but still minority) share of humanity to “eat” oil and natural gas (Manning, 2001). Another moment of this dissolution of the boundaries between the Big Four inputs is found in the new phase of financialization after 2000. Perhaps most spectacularly, the world’s primary commodity markets were financialized. Before the 21st century, commodity markets were largely independent “from outside financial markets and from each other” – for example, the price of oil was not strongly correlated with the price of copper. After 2000, however, finance capital (especially via index investors) “precipitated a fundamental process of financialization amongst commodities markets, through which commodity prices became more correlated with prices of financial assets and with each other… As a result of [this] financialization…, the price of an individual commodity is no longer simply determined by its supply and demand (Tang and Xiong, 2011, emphasis added). Not coincidentally, the commodity boom that commenced in 2003 has been the longest, most volatile, and most encompassing commodity boom of the past century, and indeed probably of the past five centuries (World Bank, 2009: ch. 2; Erten and Ocampo, 2013). What this combination of bio-material and financial restructuring suggests is a 21st century global scenario in which the tendency towards underproduction reasserts itself, through an unusual and unstable combination of physical depletion, declining agro-ecological productivity, new antisystemic movements, and financialization,

This attention to the appropriation of unpaid work, and its cyclical and cumulative exhaustion across the longue durée, allows us to elaborate a theory of how under-production operates in the long history of the capitalist world-ecology (Moore, 2011a, 2011b). Underproduction signifies a conjoncture in which one or more of the Big Four inputs becomes increasingly costly, and begins to fetter the accumulation process. From the outset, let me make two things clear about underproduction. First, underproduction always exists alongside overproduction in historical capitalism. The crucial issue is not underproduction or overproduction, but how the two moments fit together. The past two centuries have been dominated by overproduction. This marked a relative escape from the problems of early capitalism. The greatest problem early capitalism was the supply of the Big Four inputs – hence, the audacious movements of enclosure and primitive accumulation in Europe and the Americas, and the great commodity frontiers in silver, sugar, forest productions, and grain. Not for nothing does Wallerstein call such expansion the “fundamental factor” in the rise of capitalism (1974). The Big Four inputs were rarely all cheap at the same time, which explains at least part of the extraordinary scale and speed of European conquest and commodification in the early modern era (Moore, 2007; 2009, 2010a, 2010b, 2010c, 2010d).

But if the problem in early capitalism was too few workers or resources, the great problem for capitalism after 1800 was too few customers: too many commodities chasing too few customers, always and necessarily conditioned by the rising value composition of production. (Two sides of the same process.)  Given the relative ease with which European capitalists and empires were able to remake the world-ecology in the 19th century, the Big Four inputs were often cheap, and were made relatively cheaper when necessary, from the agrarian and subsistence crises of the late 19th century (Wolf, 1982; Davis, 2001) to the “shock doctrines” and dispossessions of the neoliberal era (Klein, 2007; Harvey, 2003, 2005). For this historical reason – the relative cheapness of labor, food, energy, and raw materials  between 1800 and 2000 – underproduction is poorly understood, and is often framed in terms of “scarcity.” Scarcity is the bogeyman of our times, one whose realities and spectres are impossible to distinguish through the violent abstractions of “nature” and “society.”

Friedmann, Harriet (2000). “What on Earth is the Modern World-System? Foodgetting and Territory in the Modern Era and Beyond,” Journal of World-Systems Research 6(2), 480-515.

Moore, Jason W. (2010b). “‘Amsterdam is Standing on Norway’ Part II: The Global North Atlantic in the Ecological Revolution of the Long Seventeenth Century,” Journal of Agrarian Change, 10, 2, 188–227.

Moore, Jason W. (2014a). “The End of Cheap Nature, or, How I learned to Stop Worrying about ’the’ Environment and Love the Crisis of Capitalism,” in Structures of the World Political Economy and the Future of Global Conflict and Cooperation, edited byC. Suter and C. Chase-Dunn (Berlin: LIT, 2014), 1-31.

Moore, Jason W. (2014b). “The Capitalocene, Part I: On the Nature and Origins of Our Ecological Crisis,” unpublished paper, Fernand Braudel Center, Binghamton University.

[1] I do not mean to suggest a teleology of life-making. There is no question that life-making and adaptation may, under some conditions, move in the direction of simplification and the reduction in the diversity of life (Levins and Lewontin, 1985). Even when such movements towards simplification occur, however, the movement towards complexification resumes whenever life is afforded the solar, geological, and biological opportunity to do so.

[2] It is of course true, as Isenberg argues (2001), that Native American world-ecologies could also be wasteful in a similar fashion; but the scale, speed, and consistency of bison extermination after the American Civil War was clearly a qualitatively new development that found only the faintest formal similarities with the Native American past.