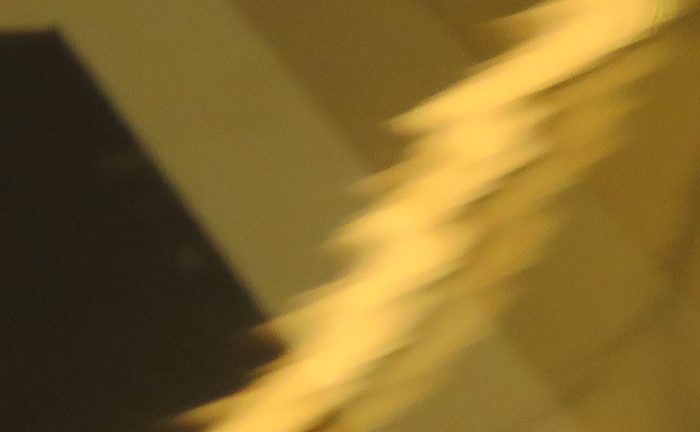 I promised another post on fictions, but first, and by means of introduction, a few more remarks on populism, prompted by Bat at Lenin’s Tomb, Jon at Posthegemonic Musings, Le Colonel Chabert and Kenneth Rufo at Ghost in the Wire.

Bat claims that Zizek’s anti-populist polemic ends up re-affirming the very liberal position that it began by querying: namely, the equation of populism with proto-fascism. By contrast, Bat argues that ‘populism is not proto-fascist, it is proto-communist, and furthermore, the bourgeoisie knows this all too well, and that is why they seek to warn us against populism with their moralistic nostrums and cautionary tales. … So: as crazy as it may sound, we have to side unflinchingly with populist movements and affirm their communist potential in the face of all this desperate mud-flinging by bien pensant neo-liberal ideologues.’

My first objection to this is that it cannot be seriously claimed that ALL populism is proto-communist. I’m not being facetious when I say I can’t see the communist potential in the last Tory election campaign (‘Are you thinking what I’m thinking?’), the Countryside Alliance or in tabloid newspapers’ calls for the return of the death penalty, and yet it would be an eccentric definition of populism which excluded them.

Secondly, I would suggest that Zizek’s formalism is not to be derided but commended. Communist potentials are only realised once a movement has ceased to be populist, since populism is that which, by definition, is always satisfied with making demands of the Master. That is because populism isn’t proto-fascistic; rather – and this, surely, is the implicit element in Zizek’s argument that needs to be drawn out in order to make it work – it always takes the form of a hystericized Liberalism.

Le Colonel Chabert’s defence of populism (or attack on anti-populism) seems to confirm this, since it appears to takes the form, precisely, of an insistence that an evil oligarchy are responsible for capitalism. Zizek’s (and my – here I couldn’t agree more with Z) systemic account of capitalism is condemned as an exculpation of Capital’s supposed Masters. ‘The innocence and helplessness of the masters of capital needs constant confirmation … Liberalism’s most essential doctrine, restated, again and again, dressed up as unsentimental savvy.’ Here we couldn’t be more at odds: I would argue that ‘liberalism’s essential doctrine’ is the one that LCC is defending; namely, the idea that someone is ‘in charge’ of capitalism, with the implication that ‘if only’ they resigned/ shot themselves/ reformed then everything would be OK. There are at least two problems with this.

Firstly, it strikes me as a desperately unconvincing picture of capitalism. (Needless to say it’s an anti-Marxist picture too… Isn’t the emphasis on the systemic character of capitalism what separates Marx’s analysis from moralizing socialism?) The idea that the misleadingly-named ‘ruling class’ do anything more than manage and adminster Capital is an idle fantasy. Capitalists can decide on which groups are exploited, but they cannot legislate away exploitation itself. (How long would a CEO with such ambitions last?) It is not exculpatory but simply realistic to acknowledge that Capital, not capitalists, runs the show. However, realism about capitalism is not the same as Capitalist Realism. Neo-liberalism is defined not by the idea that Capital is a remorseless machine but by the claim that there is no viable alternative to its rule.

Secondly, this model attributes too little agency to the proletariat. As I argued here, if anti-capitalism restricts itself to addressing demands to Them, it colludes with the idea that only Their agency counts. I think we should worry less about exculpating Capitalists than about exculpating ourselves: if They are responsible for capitalism, we aren’t. This may look like an inconsistency but it points to an assymetry. Capitalist ‘agency’ is only effective within the logic of Capital, which is why expecting capitalists to produce an alternative to capitalism isn’t only empirically absurd, it’s an analytic impossibility; proletarian agency, meanwhile, only comes into play Outside capitalism.

Defences of populism typically trade on an equivocation between populism and the popular. But as I argued in the last post, an unpopular populism is not only conceivable, it is the form which Capitalist post-politics takes in both Britain and the US at the moment. Conversely, and this is crucial, popular movements are not necessarily populist. Populism is, rather, the entrapment of popular movements within an already-existing representation. The masses are invited to rally under an ready-made image of themselves arising from lowest-common-denominator thinking. So my problem with populism is not, as Kenneth Rufo suggests, that it is not ‘popusist enough’ but that it has too little faith in the ways in which popular movements can exceed the circumscribed horizons of the populist.

It is not the demand itself which is characteristic of populism. It is stopping with the demand (and/or its satisfaction). All of which is why I don’t have any problems with Bat’s rather elegant overturning of situationist wisdom in the following passage:

‘Here I’d suggest that the answer lies in the direct converse to the famous (and eminently hysterical) situationist graffito “Be realistic, demand the impossible!”. Rather than formulate realistic but impossible demands, our “demands” must be unrealistic but nevertheless possible. And moreover they should be addressed diagonally, ie to both the ruling elite and the popular movement simultaneously, or more precisely, they should formally pose a demand addressed to the elite, but actually raise a slogan that engages and resonates with the movement – mobilising it and thereby subjectivating it from within.’

This, however, strikes me as an exceeding of the populist, in which the form of the demand is used to produce new populations.

What, then, of fictions? What did Badiou mean by his closing claim last week that ‘when the world is dull and confusing, we have to sustain our belief by a magnificent fiction?’ What work is the concept of fiction doing here?

I don’t feel qualified to answer, but I do want to make a positive case for fiction.

(In respect of Badiou, it’s worth noting that he has invoked fiction before. Here, fiction appears to function as a totalization that can be antipated but never realised. Bat, incidentally, disliked Badiou’s emphasis on fiction, arguing that the important political concept was the generic will. The following suggests a relationship between fiction and the generic: ‘The set called ‘revolutionary politics’ is a generic truth of political understanding. What happens is only that we can anticipate the idea of a completed generic truth. It’s an important point. The being of a truth is a generic subset of knowledge, practice, art and so on, but we can’t have a unique formula for the subset because it’s generic, there is no predicate for it, but you can anticipate the subset’s totalization not as a real totalization but as a fiction.’)

What can we say in favour of fiction? Here are a few, intensely compressed, suggestions.

The first hypothesis we might hazard is that, counter-intuitively, only fictions are capable of generating belief. ‘The final belief must be in a fiction,’ Badiou quoted Wallace Stevens as writing. The belief at stake is clearly not a propositional but an attitudinal belief; which is to say, not a belief that a particular factual state of affairs obtains but belief as a set of commitments.

Secondly, since capitalism is itself inherently fictional, it is essential that counter-capitalist fictions be produced. Fiction here would not mean an ‘imaginary’ (in a Lacanian or any other sense) alternative but an already-operative generator of possibilities.

Fiction ensures that things are not only themselves. Capital is the most effective sorcery operative on the planet at the moment because it is adept at transforming banal objects into a sublimely mysterious commodities. Trans-substantiation. The allure of the commodity arises from the non-coincidence of the object with itself. (cf Zizek’s famous analysis of the ‘nothingness’ of Coke.) Anti-capitalism needs to take the form not only of a demystifying, depressive desublimation but of the production of alternative modes of sublimation.