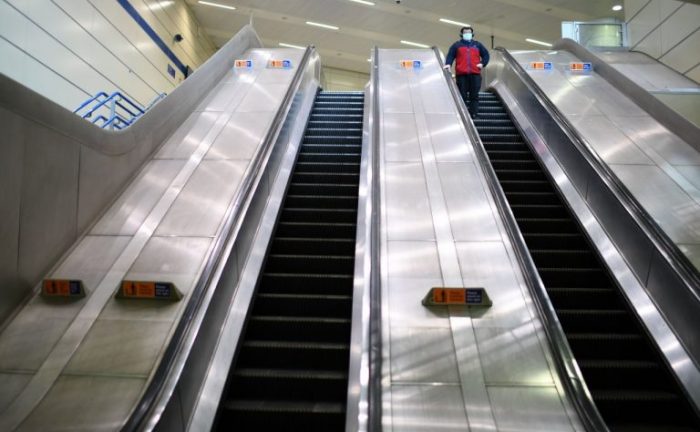 Health crisis, economic crisis and social crisis are all the same thing

Originally written by the anti-state communist Carbure Blog and published on Des Nouvelles Du Front in French on March 29th, 2020. What follows is translation of prole wave.

1/16 If this health crisis is just beginning, what is even more troubling is the crisis called ‘economic’ which does not distinguish itself from the health crisis: the sanitary crisis from the outset is also an economic crisis.

2/16 Economic crisis as a lack of basic goods likely to slow it down; as a lack of material and human resources; as the gap between classes as well as between rich and poor countries; as the problems it causes and the means implemented to solve them.

3/16 The unemployment of masses of workers, the slowing down of production and of the movement of goods, shows us that capitalism identifies absolutely with society, that so-called economic relations are the whole of social life.

4/16 The circulation of value is nothing more than the sum total of our social interactions and all the telecommuting in the world is no substitute for the production, circulation and sale of goods by workers who are physically embodied and whom can fall ill.

5/16 The State’s management of the crisis underlines the extent to which it is an indispendiasble element in the proper functioning of Capital: as in 2008, its centralization and planning capacities can at any time remove capitalism from the ‘laws’ of the market and competition.

6/16 Without the State, Capital would collapse, but the State itself is only the objectification of the class relations of Capital. The proletariat is constantly tossed between the two: one day unemployed, sometimes a voter, another is a temp worker, a loan to be repaid, State benefits.

8/16 The State will plan and inject liquidity, without anyone on the Left wondering what connection this liquidity has with the famous “real economy,” whether printing money is a solution, or what is the difference between a Central Bank and a bank at all.

9/16 Money, for a time, can become magic again, and when it comes to saving Capital, it is brandished as the absolute fetish: the general interest, the community, even humanity. “Humanity” is the bourgeoisie’s kiss of death.

10/16 But we must not forget that, in good Keynesian theory, this assumption of responsibility by the State is not intended to last forever, States have not suddently converted to socialism – except in that “socialism” is only a modality of exploitation.

11/16 Nationalization is one way among others to ensure that the deficits of private companies are absorbed by the whole of economic activity, under the supervision of the State. Private or public, in times of optimism or under the guarantee of the State, Capital must circulate.

12/16 We all know the old saying: “Socialize the losses, privatize the profits.” But here “socializing” simply means that one segment of the bourgeoisie comes to the rescue of the other, and the money advanced is, as always, backed by the promise of future profits.

13/16 There is no contradiction between what is happening now and the return to “normal” laws of the market and competition; the “economic” laws will be applied once again and debts will have to be repaid and we know how and by whom.

14/16 We will pay for the crisis, because as a social crisis, it is also ours. We have already started to pay.

16/16 Transforming the crisis as no longer our own but that of Capital is the only way out of the infernal cycle of crises. The world revolution is just as possible as the world crisis, and like the world crisis, it presents itself as a catastrophe.