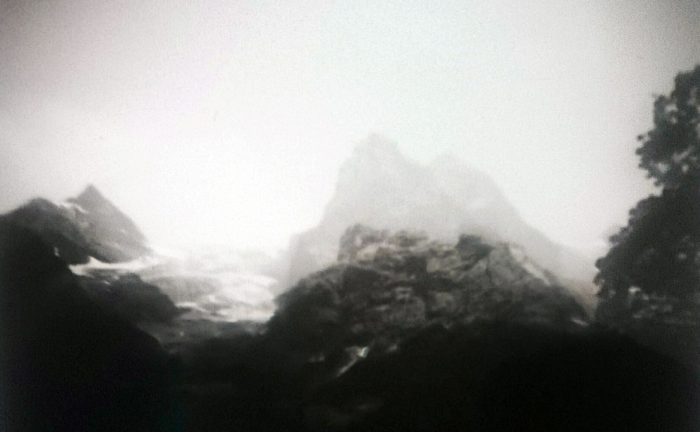 Nietzsche invents a typology of boredom, in which boredom is initially a positive sign for the life of the scholar, while the ordinary thinker flees from boredom and seeks diversion with his participation in the entertainment machines, fashion, music and art, travel or sports, all the codings or symbolic-communicative conceptions of meaning that serve to integrate the masses.

The “good” boredom, on the other hand, resembles a state of uncertainty that oscillates between formless perception and the need for shaping. One sees his philosophy professor in front of oneself, the one with a soft voice and well-tempered sound, who explains that Heidegger probably foreboded that the ontological-existential mood of the man as a fearful-being-to-death in the modern syncretic difference cultures tips over into what the professor calls a boredom-being-to-death.

The consumers of our metropolises do not seem to be eaten up by fear, but rather, despite the 24-hour entertainment or possibly the consumption of extreme sports, to which he also counts his car races, bored or hard-bitten, exhausted by the insured repetitive structures of daily routine, but at times also wonderfully amused again, from Internet-supported Ballermann [1] sex to pit stop sex at the peak of wealth, for example in the Flavio-Briatore class; all in all, these consumers suffer from the pleasure and the far too many possibilities – the possibility as the hardest drug? The death drug? -; at the same time, the consumers go for a walk through shopping malls at abysmal boredom and often the “good” boredom turns into trivial frustration even for people and here and there pops up again in excesses of violence, or one lets cloning, plastic surgery and doping become attractive advanced technologies, not to forget telematics, computer science and network industry, which, in addition to globalized partner search, avatar stuff and dirty chatting, enables the self-construction of a Second Life, such as the establishment of imaginary brothels where sex users, having become “men”, invite arbitrarily modelled partners to sex parties, bathing in the complex moods of an implicit unconscious, the moods of getting bored with something and being bored with something.

Radical mediocrity has implemented these layers for all of us. It remains questionable whether the bored and at the same time highly amused subjects are able to register that third, deep and fundamental layer that Heidegger at least assumed, the emptiness at the heart of a “risk society” that is constantly trying to secure or insure itself. And if a person can no longer stand boredom, he turns against himself or turns into the actionism of hyperactive, self-disciplined, teaching and learning, that is, practicing subjects. One thinks of the paradox of a crying or laughing robot. Excessive excitability is the antithesis of boredom, with pendulum movements being the unifying bond, an ubiquitary form of trying to come to terms with the emptiness of the “risk society”, which at the same time corresponds to its abundance. Excitability manifests itself in all kinds of addictions or leads to network dependencies, in the bracket, the relation of repetitive patterns of pseudo-ritorial behavior and control. But do we already live in a world beyond meaning? No, rather the superabundance of meaning.

The future of our technological self-manipulation by digitalization, biogenetics and the production of prosthesis only seems senseless to us if we want to measure it within the horizon of our ideas of what a meaningful universe is. At the same time, capitalism, as the first socio-economic system, has de-totalized meaning; capitalism can adapt to any culture, any religion, in the course of a flagging nihilism, because the only thing that counts is the reality of profit-maximizing markets & networks in the sense of the production of meaning. In times of Junk News, Junk Food, Junk Money and Junk Selfishness, the universal camera follows every celebrity and their imitation not only into the bedroom, but also into the bathroom and toilet. We do not watch television, we live with television. Economically, capitalism is at the end of the payment chain with national debt and consumer credit, culturally it has reached the flaccid phase of nihilism, and politically it resembles a madhouse. Its implosion of power, however, does not bode well in view of the mentally affective state of its inhabitants.