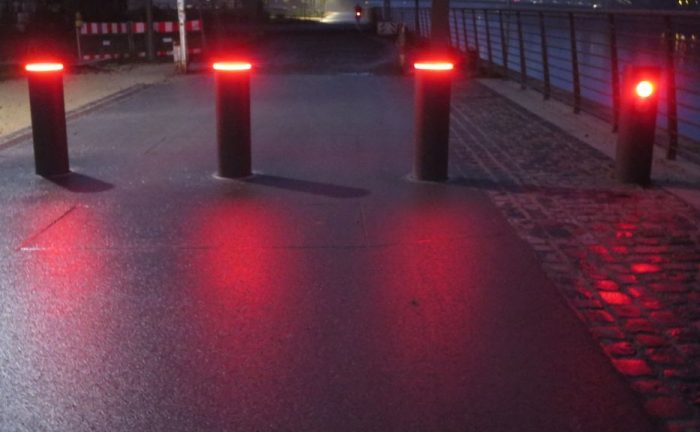 After Brexit and Donald Trump: Is Nationalism challenging Neoliberalism?

Dear friends and comrades,
I will argue that the return of statist and nationalist policies does not actually mean that Neoliberalism is being challenged. Neoliberalism is a form of capitalist goverrnmentality, a form of organizing the power of capital over the working classes and the social majority. It is based on the one hand on austerity, and on the other on the crucial regulatory role of the “deliberated” markets and global finance.

The financial sphere is not simply the reign of speculation, a casino, it is much more an overseeing mechanism. The level of profitability constitutes a battlefield situation where resistance is being encountered, meaning that the final outcome can never be taken for granted. Techniques of risk management, organized within the very mode of functioning of the money markets, are a critical point in the management of resistance from labour.

Financial markets generate a structure for overseeing the effectiveness of individual capitals, that is to say a type of supervision of capital movement. The demand for high financial value puts pressure on individual capitals (enterprises) for moreintensive and more effective exploitation of labour, for higher profitability. This pressure is transmitted through a variety of different channels.

To give one example, when a big company is dependent on financial markets for its funding, every suspicion of inadequate valourization increases the cost of funding, reduces the capability that funding will be available and depresses share and bond prices. Confronted with such a climate, the forces of labour within the politicized environment of the enterprise face the dilemma of deciding whether to accept the employers’ unfavourable terms, or face the possibility to lose their job: accept the “laws of capital” or live with insecurity and unemployment.

In this framework, austerity constitutes the cornerstone of neoliberal policies. Austerity reduces labour costs of the private sector, increases profit per (labour) unit cost and thereon boosts the profit rate. As regards fiscal consolidation, austerity gives priority to budget cuts over public revenue, reducing taxes on
capital and high incomes, and downsizing the welfare state. However, what is cost for the capitalist class is the living standard of the working majority of society.

It is clear therefore that austerity is primarily a class policy: It constantly promotes the interests of capital against those of the workers, professionals, pensioners, unemployed and economically vulnerable groups.

On the long run it aims at creating a model of labour with fewer rights and less social protection, with low and flexible wages and the absence of any substantial bargaining power for wage earners.

Austerity does lead, of course, to recession; however, recession puts pressure to every individual entrepreneur, both capitalists or middle bourgeoisie, to reduce all forms of costs, to more intensively follow the path of “absolute surplus-value”, i.e. to try to consolidate profit margins through wage cuts,
intensification of the labour process, infringement of labour regulations and workers’ rights, massive redundancies, etc.

These strategies are not being challenged by nationalistic slogans, like Trump’s “America first” or by measures of a new protectionism that aim at favouring the capitalist class of one country against that of others. Nationalism does not question neoliberalism as such. It is an attempt to trap labour to the chimera of “common national interest”.

The nation is an inseparable aspect of the capitalist social order. It homogenises every community within a political territory into “national identity”. This homogenisation “effaces” the boundaries between the classes, i.e. class power and exploitation.

At the level of the economy, the nation-state contributes decisively to creating the general material conditions for reproduction of capitalist relations. At the political and ideological-cultural level the state legitimates the exercise of bourgeois political power as “national independence” and “national interest”.

It is true that these strategic interests of the capitalist class that are being “condensed” by the state always entail a compromise with the labouring classes: However, these compromises of the ruling classes with the labouring classes are an indispensable condition for the stabilisation of capitalism: Any form of class power can reproduce itself only if it achieves to win the consensus or at least the tolerance of the ruled classes.

Nationalism is a traditional ideology through which the ruling classes in capitalist social formations ensure their hegemony over the ruled classes. After the consensus on the basis of the socalled national interest is ensured, the ruling classes are ready again to start a new offensive against the social majority.
Nationalism is, by virtue of the manner of its historical composition, racist. Since World War II racism has attained a mainly “cultural” dimension: People are differentiated on the basis of their so-called “specific culture”. Devaluation of the “foreigner”, but also the evaluative dichotomies European/Asian, Western/Eastern, civilised/barbarian, etc., flourish on the soil of the (latently) racist ideology that is
inextricably interwoven with nationalism.

This ideology of the popular nation acquires an aggressivemilitaristic character in the form of the far right and fascism.

My conclusion: Nationalistic statism and protectionism are fully compatible with neoliberalism. The Left has to fight against both. The labouring classes must rebuild their power creating their own structures of self-organization, governance and struggle against capital, inevitably within state institutions but consciously fighting against state power.

“After Brexit and Donald Trump: Is Nationalism challenging Neoliberalism?”, Presentation at the 3rd European Conference of Platypus in Vienna, February 18, 2017