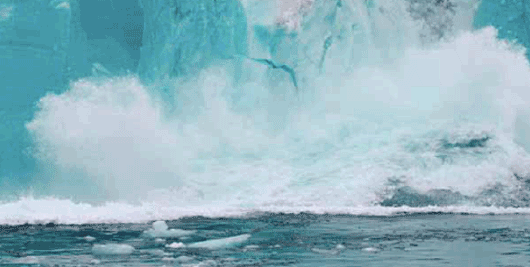 Climate Apocalypse: The Denial of the Future

We need the deniers to get out of the way. They are risking everyone’s future…. The Koch Brothers are criminals…. They should be charged with criminal activity because they’re putting the profits of their business ahead of the livelihoods of millions of people, and even life on earth.”

Reading of James Box and others in this article in Esquire (thanks, dmf!): When the End of Human Civilization Is Your Day Job. The Journalist tells us that Box has been outspoken for years. He’s done science projects with Greenpeace, and he participated in the 2011 mass protest at the White House organized by 350.org. In 2013, he made headlines when a magazine reported his conclusion that a seventy-foot rise in sea levels over the next few centuries was probably already “baked into the system.”

As Greenpeace reported the Koch Brothers have been supporting climate denial for years: Koch Industries: Secretly Funding the Climate Denial Machine. As they state it the Koch brothers continue to finance campaigns to make Americans doubt the seriousness of global warming, increasingly hiding money through nonprofits like DonorsTrust and Donors Capital Fund.

As the report stated Charles G. Koch and David H. Koch have a vested interest in delaying climate action: they’ve made billions from their ownership and control of Koch Industries, an oil corporation that is the second largest privately-held company in America (which also happens to have an especially poor environmental record). It’s timely that more people are now aware of Charles and David Koch and just what they’re up to. In another report “Kochtopus” the breakdown of their fake funding policies and activism is exposed: “the Koch Brothers are outspending all other oil companies – including Exxon—to kill US climate legislation”.

Climate Change and the Truth

In his studies of the Greenland Ice sheets James Box tells us the big question is, What amount of warming puts Greenland into irreversible loss? That’s what will destroy all the coastal cities on earth. The answer is between 2 and 3 degrees. “Then it just thins and thins enough and you can’t regrow it without an ice age. And a small fraction of that is already a huge problem—Florida’s already installing all these expensive pumps.” (According to a recent report by a group spearheaded by Hank Paulson and Robert Rubin, secretaries of the Treasury under Bush Jr. and Bill Clinton, respectively, $23 billion worth of property in Florida may be destroyed by flooding within thirty-five years.)

As he tells the reporter: “The whole damn thing is destabilizing. Then in 2006, all of the glaciers in the southern half of Greenland began to retreat at two and three times their previous speed. Good Lord, it’s happening so fast. Two years later, they realized the retreat was fueled by warm water eroding the marine base ice—which is also what’s happening to the West Antarctic Ice Sheet. Just thinking about it makes him gloomy. “That’s unstoppable,” he says. “Abrupt sea-level rise is upon us.””

Yet, as he admits we should get real about it, he says, fossil fuels are the dominant industry on earth, and you can’t expect meaningful political change with them in control. “There’s a growing consensus that there must be a shock to the system.” So the darker hopes arise—maybe a particularly furious El Niño or a “carbon bubble” where the financial markets realize that renewables have become more scalable and economical, leading to a run on fossil-fuel assets and a “generational crash” of the global economy that, through great suffering, buys us more time and forces change.

Carbon wars ahead? A good break down on aspects of this by Yves Smith on Michael Klare .  Naomi Klein’s new book This Changes Everything, which lays out the enemy in detail. The “really inconvenient truth is that it’s not about carbon—it’s about capitalism”. As she says: “The convenient truth is that we can seize this existential crisis to transform our failed economic system and build something radically better.” Problem is: Will we have time?

The article lists pros and cons, but the truth of actual climate apocalypse looming seems even for the middle of roaders a truth we can no longer deny. Only the politicians and conservative money bins of ideological propaganda keep plowing away at the media denial systems that populate the average citizens minds. But as these scientists say reality will sooner than later pop the ideological bubble and reveal the harsh truth that is soon coming our way. Yet, most of them realizing how despairing and fatalistic it is still say we need to fight back, to continue working and discovering ways to offset the worst of the damages, and to construct niches of safety against the coming climate apocalypse. Despair is not an option, only the truth of our situation as revealed in the infrastructure of the world, and a truly empowered activism that touches the affective cords of solidarity across the planet can move us beyond the denial traps that imprison us in false belief systems.  This is the time for the sciences and the arts to focus all their creative energies to bring about a revolution in the mind and affects that might tip the balance toward life. Otherwise the truth of this earth will be our doom rather than our redemption. Only we can act. As Albert Einstein once said:

“Let’s not pretend that things will change if we keep doing the same things. A crisis can be a real blessing to any person, to any nation. For all crises bring progress. Creativity is born from anguish. Just like the day is born form the dark night. It’s in crisis that inventive is born, as well as discoveries, and big strategies. He who overcomes crisis, overcomes himself, without getting overcome.

He who blames his failure to a crisis neglects his own talent, and is more respectful to problems than to solutions. Incompetence is the true crisis. The greatest inconvenience of people and nations is the laziness with which they attempt to find the solutions to their problems. There’s no challenge without a crisis. Without challenges, life becomes a routine, a slow agony. There’s no merits without crisis. It’s in the crisis where we can show the very best in us. Without a crisis, any wind becomes a tender touch.

To speak about a crisis is to promote it. Not to speak about it is to exalt conformism. Let us work hard instead. Let us stop, once and for all, the menacing crisis that represents the tragedy of not being willing to overcome it.”