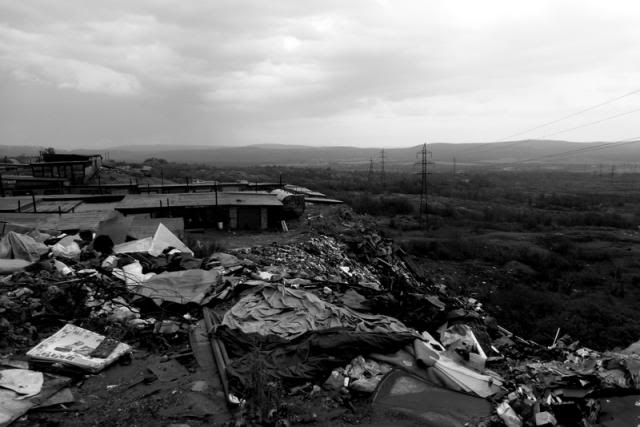 Climate change is a weapon of primitive accumulation

Climate change is a weapon of primitive accumulation

Climate change has disproportionately negative effects on poorer countries and people of color, and disproportionally positive effects on receiving countries that benefit from hyper-exploitable and precious labor – what I call a ‘reserve climate labor army.’ This asymmetry is the result of a long history of capitalist colonialism and racism, which continues now through the bordered management of migration. Thus, contemporary global migration cannot be reduced to merely natural climatic causal explanations (Hulme 2011). The figure of the ‘climate refugee’ is never simply fleeing climate change but is doing so under postcolonial conditions of geopolitical violence and racism. The term ‘climate refugee’ itself serves to cover over the real kinopolitical conditions of social circulation at work that make such populations vulnerable to displacement in the first place.

Nationalism, xenophobia, and racism also play a structural role in the process of primitive accumulation because they socially devalorize and thus cheapen the labor and lives of migrant workers. If migrants arrived but were not thoroughly racialized and discriminated against, their labor would be too valuable for capitalist investment to bother appropriating them in the first place. Thus, capitalism wields climate change under a triple condition of eco-colonialism: 1) the historical origins of recent climate change are in colonialism itself (oil from Africa, industrial production from slavery, and so on); 2) colonized populations and indigenous people are disproportionately forced to move because of climate change; and 3) these same populations are racialized as dangerous barbarian boat people upon arrival (Moore 2016; Goldberg 2017; Giuliani 2017).

But climate change, like primitive accumulation, is not just about the dispossession and appropriation of people and cheap labor. It is also about the direct appropriation of cheap or free land. The two go hand-in-hand and have done so since before the rise of capitalism (Nail 2015). At the same time that climate change displaces people, it also opens up previously occupied lands, waters, and forests to new privatized extractive and/or constructive industries. As the climate changes, previously inaccessible areas will be opened up for expanding new markets (supplied with abundant cheap labor), including new security markets for new borders, fences, walls, drones, and all the rest. (Think of the privatization and gentrification of New Orleans after Hurricane Katrina.) In other words, climate change might not mean the end of capitalism but might in fact herald its rebirth or second wind.

If capitalism loves disaster, why should we think climate change will necessarily mean the end of capitalism (Klein 2007)? If anything can be commodified, there is no absolute natural limit to capitalism, only relative limits to profit. We are most certainly at the cusp of one of these limits today, which Jason Moore attributes to ‘the tendency of the ecological surplus to fall’ (Moore 2016). Everything and everyone that could be appropriated easily (oil, slaves, old-growth forests, etc.), was gobbled up during colonialism. The workers who are left today want more money and more rights. The minerals left are more expensive to extract. This is why capitalists have increasingly retreated to financial speculation. If only there were a way, the capitalist dreams, to somehow cheaply dislodge huge numbers of people from their land, devalorize their labor, and appropriate it.

In other words, if climate change did not exist, it would be necessary for capitalism to create it. Lucky for it, it does, because it did. Migrants today ‘form a disposable industrial reserve army, which belongs to capital just as absolutely as if the latter had bred it at its own cost’ (Marx 1976, 784).