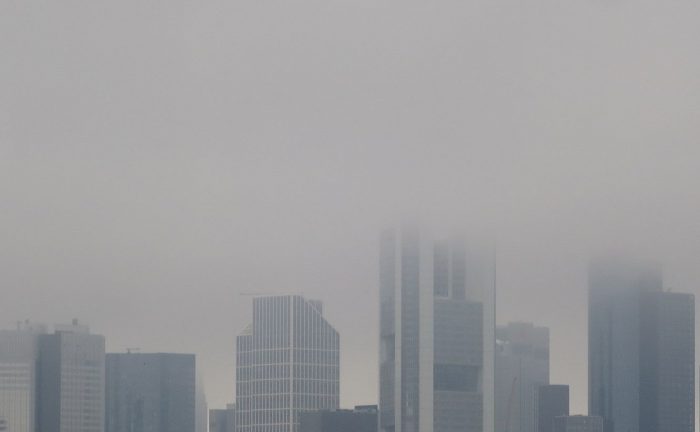 Edmund Berger: On Art and Revolutionary Transformation in the Age of Blockchain – Part 1

…measured against the conditions of the present, communism itself embodies the most alien of all possible futures.

Edmund Berger author of Uncertain Futures: An Assessment of the Conditions of the Present (see my review) has for years done his homework in uncovering the historical traces of the Marxist tradition and its pertinence and continuing relevance for critique in our social and economic predicament.  Waveforms: Art and Revolutionary Transformation in the Age of Blockchain which will be published in ŠUM #10 along with an essay by Nick Land argues – in rebuttal of Peter Thiel’s comment that “Crypto is libertarian, AI is communist” – that it “is not that blockchain is intrinsically communist rather than libertarian, but that there is a proliferation of potential futures that stretch out from our contemporary historical moment, which itself is characterized by an all-pervasive decadence. This is not decadence understood first and foremost as a moral stagnation or reactionary theory of civilizational decay, nor as any sort of absolute law; instead, decadence is a kind of aberrant moment in which the development of productive forces is tossed out of joint from the creative turbulence that typifies the long-range evolution of industrial systems.”1

Looked at from another direction such moments or events could take on the hue of intersecting paradigms, the notion of a black hole opening in time that allows the forces and tendencies within both the social and technological systems of an era to synergize releasing innovations both in the cultural and technological matrix. In the past thirty years the movement from analogue technologies to digital in the sector of Information and Communications Technologies has impacted civilizational forces across the board. With the emergence of public access networks of which the Internet or World Wide Web is the outgrowth a change in global communications and information exchange blossomed allowing for cross-border and transnational symbolic economies to change the structure of social relations along with the way economies East/West interoperate.

The Internet itself grew out of he old ARPANET defense networks first conceived as the base infrastructure of a global communications network that would withstand the impact of Nuclear War. During the 90’s with the rise of Apple and Microsoft the personal computer came online and offered the public at large access to these networks that had been controlled and regulated within the Academic and Military sectors. With this came an influx of monetary investment that would spark technological innovations and new social-media technologies that would change the very way we interact at the local and global scales. With the advent of broadband and mobile phones that allowed for instant communication between parties whether through commercial or personal contacts people were no longer bound to the static desktop systems of the PC. Computers, the Internet and symbolic exchange became mobile, moving technologies that would bring the power of tracking, indexing, advanced analytics, and algorithmic governance all in one tiny package. The secret of all these technologies was already latent in early notions of social control which had been at the heart of predictive and calculable computational theory from the early invention of computers.

The power of the mobile phone is that it hides this underlying world of algorithmic governance, the applications that give us enjoyment and meaningful exchange, that help us search and discover the world of commercial, travel, social and sexual delights is also controlled by large corporations that secretly collect data about our activities both private and collective. The Age of Big Data, Cloud computing, and the targeted attention capturing analytics that track, filter, segment, analyze, and dividualize as digital traces and ciphers is in the hands of unknown and untrusted agents of power, both commercial and governmental. Because of this Berger lifts us from our blind and almost naïve understanding of the toys we play with into the secret world of power that seeks to control our lives. As he’ll say,

“History”, in a sense, is produced through the technologies, or more properly in the interactions between agents in an environment set and conditioned by the objects and systems that impart the paradigm shift.

This notion that technology and the human are shaped in a reciprocal relation, conditioned by the very technological innovations that we see as mere conveniences provide the key to change in political, social, and economic spheres. Berger introduces the work of Carlota Perez and her notions surrounding technological paradigm shifts and their impact on our lives. Perez’s works seek to  understand the role of knowledge and technology in the well-being of societies and the relationship, if any, between technology and social structures.2

Perez’s for shifting techno-economic paradigm’s framework predicted that the turning point for the current ICT-led (Information and Communications Technologies) techno-economic paradigm should have taken place during the first years of twenty-first century. What started as a bursting of the dot-com bubble in 2000 ended in 2008 as a full-blown global financial crisis. This is, then, the turning point and thus, we are confronting the need for sweeping institutional changes to bring forth a “golden age” based on the global spread of the growth potential of the current paradigm based on information technology. Indeed, while successive technological revolutions and their techno-economic paradigms are, as Perez shows, the fundamental feature of capitalism after the industrial revolution, the turning points in the middle of these paradigms are historic occasions when capitalism is reconfigured to save itself from itself. (TP, 2) This is how Perez sums up the ideas of great surges and paradigms:

There has been a technological revolution every 40 to 60 years, beginning with the Industrial Revolution in England at the end of the 18th Century; each has generated a great surge of development, diffusing unevenly across the world from an initial core country. … The great wealth creating potential provided by each of them stems from the combination of the new technologies, industries and infrastructures with a set of generic technologies and organisational principles capable of modernising the rest of the economy. The resulting best practice frontier is superior to the previous one and becomes the new common sense for efficiency – a new techno-economic paradigm – that defines the guidelines for innovation and competitiveness. … The propagation is highly uneven in coverage and timing, by sectors and by regions, in each country and across the world. (Perez 2006)3

As Berger will comment through “this model, we can glimpse how certain technological systems stand apart from others in that they act not as auxiliary or components to some abstract economic machinery, but “activate” the clusters of innovations so as to transform the entirety of economic, political, and social life.” In his essay Berger will detail Perez’s framework and the five major waves or paradigms identified since the early industrial revolution, each centered on a radical innovation. He describes it as the paradigm shifts from electricity to mass production of the Fordist era, and the introduction of ICT technologies of the Post-Fordist paradigm (see diagram below):

Berger will show the underlying patterns in the various mechanics of this turns and shifts in technological innovation and it’s techno-economic impact. In describing Perez’s notions he will tell us that on the “surface this appears as the flat, utopic rendering of the market economy praised by the classical liberal economists and the various bourgeois ideologues that followed in their wake. It is, however, anything but; piercing the veil of image and looking at it from the position of systems unfolding in time, formal subsumption is a point in the longer march of capital’s valorization.” At this point in the essay he will diagnose and critique the underlying model of control and domination by machinic systems and technologies that has arisen from capital’s slow and methodical Autonomization, saying,

It is no surprise, then, that the Fordist pop imaginary was haunted by the now retro-futurist dream of unbridled automation and unlimited free time.

Moving from the Fordist to Post-Fordist era this emerging economy of unbridled automation and free time takes on a sinister hue as Berger defines it telling us that in post-capitalist society  the absolute capture of things by capitalism “dims, if not outright liquidates, the revolutionary possibilities that Marx had anticipated”. And, yet, the promise of the neoliberal techno-economic vision of a utopia of “leisure time” has been “eliminated outright, and what remains is colonized by the frantic pace of the ‘attention economy’, constantly advancing automation has done little to alleviate the degradation of labor (much less shorten the working week and working day), and scientific progress appears to be compounding these conditions instead of illuminating alternative pathways.”

Yet, as Berger surmises, there is the possibility that the techno-economic innovations emerging in our contemporary setting (i.e., Bitcoin and Blockchain technologies) may “perhaps hold the possibility to overcome this phase of apparent decadence”. Turning form paradigm shifts and the hard-nosed Marxian dimension of economics he will open his work to the aesthetic dimension, returning us to the extravagant and imaginative visions of Charles Fourier:

Fourierists were committed to active experimentation to bring about their ideal social formation— and, as to be expected, these experiments more often than not ended in the dissolution of the communities in question.

He’ll offer a summary of Herbert Marcuse’s notions of performativity and liberation, which for Marcuse ” is precisely the releasing of this libidinal charge from its repression, and it is by way of this unshackling of the pleasure principle that the despotism of the reality principle comes to be abolished”. The result of this mechanization of life under capitalist atomization is the mechanization of human labour producing alienation: “the individual is choked off from itself, the split between the performative nature of the reality principle and the wild drift of the pleasure principle reverberating through the divisions of the capitalist world and the so-called solutions it gives to the social problem”. Ultimately the performance principle at the heart of Marcuse’s project will lead him into a blind alley in which as Berger comments:

Berger will turn form Marcuse to the of Deleuze/Guattari (Anti-Oedipus, A Thousand Plateaus) and Mark Fisher (Capitalist Realism, etc.) and the notion of “psychedelic reason” as the liberatory path forward is addressed.