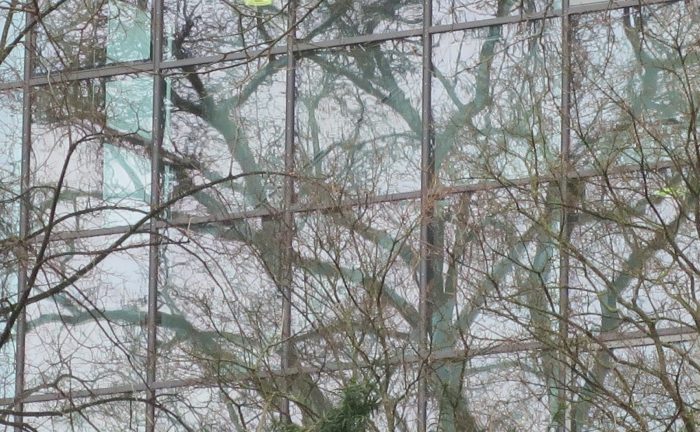 NATURE/SOCIETY & THE VIOLENCE OF REAL ABSTRACTION

Among Nature/Society dualism’s essential features is the tendency to circumscribe truth-claims by drawing hard-and-fast lines between what is Social and what is Natural.[1] Here is a rift: an epistemic rift.[2] At its core is a series of violent abstractions implicated in the creation and reproduction of two separate epistemic domains: Nature and Society (again in the uppercase). The abstractions are “violent” because they remove essential relations from each node in the interests of narrative and theoretical coherence (Sayer 1987). Dialectical abstractions, in contrast, begin with historical movement and decisions about strategic historical relations – something conspicuously absent from Nature/Society.

The procedure of abstraction is central to Marx’s method, with implications that go far beyond philosophical differences (Ollman 2003). How we abstract reality into semi-fixed categories shapes our interpretation; analytics in turn shape politics and policy. This is why Foster’s defense of Nature/Society as appropriate abstractions – strikingly at odds with Marx’s method – is so curious (2013). Nature/Society are undialectical abstractions. They are no more dialectical than, say, “the market” and “industry,” or “population” and “environment.” At best, these are chaotic conceptions, as Marx would say (1973, pp. 100).

Such chaotic conceptions are violent in Sayer’s sense of the term – but also in a more practical sense. The language of Nature and Society is hardly value-neutral. Environmental sociology, in particular, has yet to experience its Bourdieu-ian moment, “reflexively” grasping the degree to which Nature/Society embody arbitrary yet patterned relations of power (Bourdieu and Wacquant 1992).  While a distinction between humans and the rest of nature antedates capitalism by millennia (Arnold 1996), the elevation of Nature/Society to a civilizational organizing principle did not occur until the “long” sixteenth century (Braudel 1953; Wallerstein 1974; Moore 2016a). This is no mere quibble over terms. Cartesian dualism as a system of thought – and as a conceptual vocabulary – has been a quite palpable force in the making of the modern world. They have been real abstractions – abstractions with operative force in the material world (Sohn-Rethel 1978; Toscano 2016). Nature/Society – and manifold cognate terms, clustered in early modern Europe around “civility” and “barbarism” or “savagery” – implicated a new ways of thinking… and a new civilizational praxis: Cheap Nature.

The birth of these real abstractions, Nature and Society, was consolidated in early capitalism (Merchant 1980; Moore 2015a). In the centuries after 1450, the entanglements of capital, science, and empire enacted a series of socio-ecological and symbolic revolutions aimed at the creation of an “external” nature as a source of cheap inputs (Moore 2014, 2015a). What is crucial to understand is that “Nature” in the rise of capitalism came to include the vast majority of humans within its geographical reach.

Nature – again our uppercase ‘N’ – was fundamental to capitalism from the beginning. The Columbian rupture of 1492 marked not only the “discovery” of the Americas, but the “discovery of Mankind” – and with it, Nature (Albuafia 2008; Mumford 1934). For the Columbian conquests were not merely exterminist and plundering; their epochal significance derives also from ambitious imperial projects to map and catalogue productive natures of every kind (Bleichmar et al. 2009). The project proceeded through the assumption that Nature included indigenous peoples. The overseas empires, beginning with the Iberian powers, “collected, harnessed, and ordered (natural) things as they tried to construct and control (knowledge about) the natural world.” These “practices included the collecting of humans, that is (savage) bodies, as fungible commodities to be classified and exploited” (Modest 2012, p. 86).

The newly-discovered Mankind was of a piece with early modernity’s epistemological and ontological revolution, creating Nature as external to civilization and subordinating it to new “measures of reality” – above all the primacy of visual knowledges embodied in the cartographic gaze and new procedures of quantitative rationalization (Crosby 1997; Mumford 1934). At best, the paired discovery of Mankind and Nature was less anthropocentric than it was Manthropocentric – to borrow Raworth’s apt turn of phrase (2014; see Federici 2004; Merchant 1980). At its core was an always-contested boundary between which humans counted as Human, and which would be forcibly resettled into the zone of Nature. The conquest of the Americas and the paired “discoveries” of Nature and Humanity/Society were two moments of a singular movement.

Colonialism, ethnic cleansing, and the emergence of Nature as a violent and real abstraction co-evolved from the very beginning. During the protracted conquest of the Canaries, Portugal’s King Duarte put the issue starkly (1436): Canarians are “nearly wild men… living in the country like animals” (quoted in Hulme 1994, p. 187). The same discourse characterized English rule in Ireland a century later (Rai 1993). Ethnic cleansing – typically in the name of “taking away their inhumanity” (Sued-Badillo 1992) – was the order of the day in the three great military campaigns culminating in the Columbian invasions. The final waves of conquest of the Canaries (1478-1490s) and Granada (1482-92) – which cash-strapped Castile and Aragon financed largely through slaving – were key moments in an emergent capitalism installing and reproducing a Humanity/Nature binary through an equally emergent racialized and gendered order (Nader 2002; Kicza 1992).

The earliest moments of conquest were effected through a radical inversion of land/labor arrangements – underscored by the overnight reinvention of the encomienda, from a medieval land grant and to a preciously modern labor grant. Indigenous peoples became de facto slaves, while the booming sugar plantation complex pioneered modern slavery de jure – tentatively at first in Madeira, and reaching critical mass in Brazil after 1600. An African slave was part of Nature – not Society – in the new order. Here Patterson’s characterization of modern slavery as “social death” receives a post-Cartesian twist (1982). Most human work was not labor-power and therefore most humans within capital’s gravitational pull were not, or not really, Humans. This meant that the realm of Nature encompassed virtually all peoples of color, most women, and most people with white skin living in semi-colonial regions (e.g. Ireland, Poland, etc.) (von Werlhof 1985; Rai 1993). Not for nothing did Castilians refer to indigenous Andeans in the sixteenth century as naturales (Stavig 2000). The problem with Nature and Society is not merely discursive – they are real abstractions with real force in the modern world we now inhabit.

Primitive accumulation therefore yielded not only bourgeois and proletarian, but Society and Nature. This is not a rhetorical flourish. The binary tendency of modern class formation and the dualism of Society and Nature reinforced each other in the rise of capitalism (Moore 2015a, 2016b, 2017a).

We can see this close relationship with the evolution of the word Society. Society begins to assume its modern English usage – as national collectivity – from the mid-sixteenth century (1 1983, p. 292; also OED 2016). The timing is significant. At precisely this point, following Kett’s Rebellion (1549), that the tide of agrarian class struggle shifted decisively in favor of the gentry (Wood 2007). By 1700, England’s landlords held two-thirds of arable land (Thompson 1966). Nor was it coincident that this period saw, from 1541, the intensification of English colonial rule in Ireland (Ohlmeyer 2016). Through all this, the Irish (and later North America’s indigenous peoples), the poor, most women,  and many others came to be viewed as “savages” of one sort of another – a view that justified all manner of bloody expropriations (Leerssen 1995; Moore 2016b). Here we begin to see modernity’s emergent epistemic rift practically bound to capitalism as ontological formation – as a world-ecology of power, capital, and nature.  The Cheap Nature strategy had become pivotal to the audacious restructuring of human relations along modern – and powerfully dualist – lines of class, race, and gender.[3]

Modernity’s epistemic rift is premised on the creation of two idealized and independent objects of investigation: Nature/Society. The binary is so resilient because its underlying ontology is mechanical, which corresponds remarkably well with capitalist rationality via the quantism of capital in its monetary and productivist forms (currency units, units of labor-power, etc.). In the dualist cognitive map, environmental “factors” are easily tacked onto the analysis of social processes – just what has occurred through Marxist Green Arithmetic. Announcing a “nature-society dialectic” (e.g. Foster 2013), such phrases confuse relations for dialectics and general abstractions and empirical patterns (e.g. Nature/Society) for the “developing tendencies of history” (Lukács 1971, p. 184). For Nature/Society can only be a dialectic – as opposed to a relation – through a specification of its laws of motion, its developing tendencies. Capital/labor is a dialectical relation for this very reason: it is asymmetrical and grounded in a historical-geographical movement of transcendence. At once producer and product of the town/country antagonism (its geographical moment), the capital/labor dialectic entails the undoing of an originary asymmetry in favor of a new synthesis: “the expropriators are expropriated” (Marx 1977, p. 929).

Rift arguments, however, deploy Nature/Society very differently, as basic units rather than interpenetrating relations (Levins and Lewontin 1985). Nature as a general abstraction – like population or production in general (Marx 1973) – dominates. As if to move from the frying pan into the fire, Rift analysts dismiss as idealist efforts to historicize the capitalism-nature relation (e.g. through integrating accounts of science and culture in successively dominant understandings of the web of life) (e.g. Foster and Clark 2016). The result is a twofold conception of history shaped by a declensionist Fall from Eden and the inexorable drive towards catastrophe in which capital accumulation will proceed until “the last tree has been cut” (Foster 2009, p. 206). No one disputes the reality of socio-ecological disaster, planetary change, and limits – notwithstanding Foster’s insistence to the contrary (2016, forthcoming). Rather, the crux of the present argument highlights how the life and times of metabolism has resisted the tendency of dialectical praxis to dissolve its analytical objects (e.g., capital/labor), and to create new categories suitable to comprehending the historically successive interpenetrations of humans with the rest of nature.

Moore, J.W. (2014). The End of Cheap Nature, or: How I learned to Stop Worrying about ‘the’ Environment and Love the Crisis of Capitalism. Pp. 285-314 in C. Suter and C. Chasde-Dunn, eds., Structures of the World Political Economy and the Future of Global Conflict and Cooperation. Berlin: LIT.

Moore, J.W. (2016a). Anthropocene or Capitalocene? Nature, History, and the Crisis of Capitalism. Oakland: PM Press.

Ollman, B. (2003). Dance of the Dialectic. Urbana: University of Illinois Press.

Wood, A. (2007). The 1549 rebellions and the making of early modern England. Cambridge: Cambridge University Press.

Jason W. Moore is associate professor of Sociology at Binghamton University and author of several books, including Capitalism in the Web of Life (Verso, 2015). He is coordinator of the World-Ecology Research Network. This essay draws on his forthcoming essay, “Metabolic Rift or Metabolic Shift? Dialectics, Nature, and the World-Historical Method,” available here.

[1] Harvey offers the clearest exposition of this critique (1993).

[2] The term is indebted to Schneider and McMichael (2010), whose formulation is, however, distinct from epistemic rift as epistemological dualism.

[3] My concept of ontological formation draws on James’ groundbreaking work (2015).