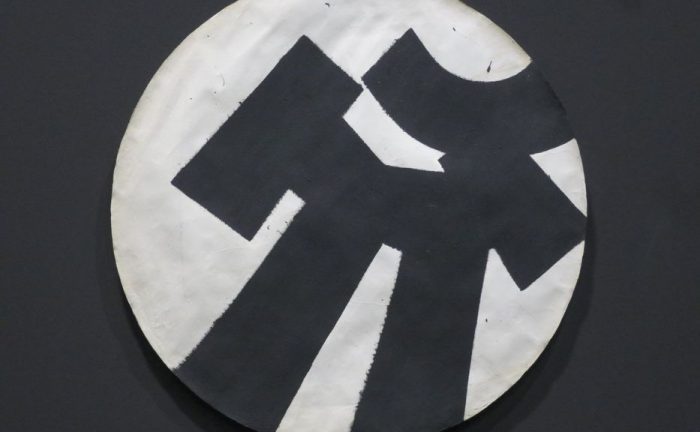 The difference between the two points of view will thus be all the
more pronounced. The Marxist notion of the proletariat entails a
triple consideration: its position within the structure of production,
determined at minimum by its dispossession of the means of production
and its insertion into the process of production as a pure, abstract
labour force; the big industry working population’s living conditions,
which involve not only the homogenisation of human misery, but
populational concentration and the appearance of forms of cooperation
which produce, within the ‘pores’ of industrial sites, unheard forms
of solidarity, of relationships and collective consciousness; the power
of becoming of that which thus tends to be constituted as a class, or
following the expression of Etienne Balibar, its transitional value. While
considering the surprising rarity within Das Kapital of the notion of the
proletariat – a notion which nevertheless condensed until then for Marx
all the implications of the ‘point of view of class’ – Balibar remarks:

Everything happened as if the proletariat as such had nothing to do with the positive function that the exploited labour force carries out in the sphere of production, in so far as ‘productive force’ above all else; as if it had nothing to do with the formation of value, the transformation of surplus labourinto surplus value, the metamorphosis of ‘living work’ into ‘capital’. (Balibar 1997: 223)

As if in the end this very term connoted nothing more than the
‘transitional’ character of the working class, or the manner in which
the historically untenable character of capitalist accumulation (which
was already preparing the material conditions of ‘another transition
which would annul the preceding one’) was inscribed into the workers’
condition, an unstable state in relation to ‘normal’ social existence
(Balibar 1997: 222–3). In a strikingly similar vein, the Deleuzian notion
of minority seems firstly to involve a signified that remains problematic,
and secondly to indicate nothing other than the transitional vector of
a substratum which is fundamentally unstable, and even unassignable
(the ‘becoming-minoritarian of everybody’). However, no effacement of
the signifier results; on the contrary, the signifier’s proliferation is found
at all levels of the analysis between 1975 and 1980, a proliferation
which seems to challenge every attempt to reassemble their instances
and occurrences into a unitary form.

This is because minorities are nothing other than ‘proletarianised’
masses, but they are masses inasmuch as they are immediately formed
within institutional, social, juridical and ideological structures of
national States. Dissociated from a strictly economic determination of
the proletariat as well as from a strictly sociological determination
of the working class, the concept of minority records the State’s
process of socialisation, that is to say, the process through which State
power is incorporated into the social and institutional structures of
the capitalist formation. We could thus call ‘minorisation’ that internal
distance, in the process of proletarianisation, between that which is
expropriated of all social power throughout the structure of production,
and that which is partially (and unequally) reintegrated into the liberal
State-form, through social and political rights, statutory and symbolic
recognitions, organs of representation and delegation. Consequently,
the notion of minority involves an irreducible multiplicity, which is
neither soluble in the sketch of a contradiction between capital and
labour, nor in the supposed homogeneity of workers’ conditions. The
minoritarian sets recall, in their very constitution, the variability of
national frameworks and of State apparatuses which manage these
sets, which partially integrate them, and which conflict with them in
multiple ways. This multiplicity depends on 1) the variability of States’
positions within the international division of labour and the unequal
integration of their interior market into the global market (Deleuze
and Guattari 1987: 461–2); 2) the variability of political structures and
regimes fluctuating between social-democratic and totalitarian poles,
namely between institutional and juridical integration of minorities
as ‘subsystems’, and exclusion ‘outside the system’ of minorities
subsequently abandoned to repressive State violence (Deleuze and
Guattari 1987: 462–3); 3) the correlative variability of the forms and
degrees of development of minoritarian struggles; 4) the variability of
the types of political manipulation of minorities. We know at least two
functions of such a manipulation: the instrumentalisation of immigrant
workers in order to repeat the classical process of forcing producers
into competition and sowing dissension into the working class (Noiriel
2005: 108–22); the ‘displacement’ of social conflicts onto ‘cultural’
norms – regarding place of residence, ethnicity, linguistic or religious
criteria, generational relations, sexual conducts, etc. – all norms which
ostensibly seem without relation to the norms of economic exploitation.
But these norms are sources at once of objective representations and
modes of subjectification, so that the conflicts thus displaced onto the
cultural terrain pose in turn sundry problems for the State (Deleuze and
Guattari 1983: 257–8).