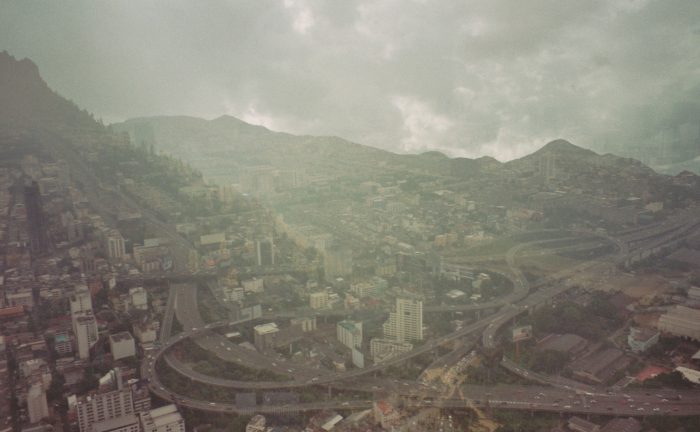 By Phil A. Neel

Through a discussion of Nike’s Flyknit this essay deal with recent struggles and socioeconomic/technological trends in China, their relation to changing fashions in the West and possible forms of resistance that may emerge in global supply chains..

Note: Much of the material on China below is drawn from the important research being done by Chuang. Their blog is currently available here, and the first issue of the Chuang journal is due to be released in full early next year.

There’s something about shoes. In the early workers’ movement, slowdowns, sit-downs and the destruction of machinery took on the name “sabotage,” from the sabot or wooden shoe. Though the frequently repeated story of workers hurling wooden shoes into turning gears appears to be a myth, the association is not insignificant. The clog was used in factories and mines as an early form of protective equipment, a sort of steel-toe boot that took on a distinctly working-class character as heavy industry proliferated across Europe. In the same timespan that the term sabotage came into usage, the sabot also became the first mass produced piece of footwear. Shedding its artisanal heritage, the wooden shoe grew to symbolize the changes sweeping the continent. It was factory-made footwear built for recently dispossessed peasants-become-workers, some of whom might, in fact, be making shoes. Altogether, it was the symbol for a complex, market-driven chain of enclosure, migration, boom and bust which, despite its complexity, really just comes down to the stupidest of logical circles: make shoes for workers to wear as they make more shoes.

Sabotage is the name for the excess of this process—its inherent tendency to short-circuit, collapse and restructure—and for the desperation of those caught within it. The act of sabotage is not a strike, nor a riot. It is something more inchoate, a blanket term covering all sorts of minor and major obstruction possible at various nodes in the production chain. It speaks to a certain immanence. Sabotage is only possible because the workers committing it are necessary. They wear the shoes, even as they make them. They need the wage to live, even as the mines and factories make for lives that are little more than a slow disemboweling. Stuck in the middle, sabotage designates a kind of desperate destruction of one’s immediate vicinity. It can be an individual act or a collective one. It is the simplest form of combat.

Made dependent on the wage, migrants newly dispossessed of any other means of subsistence crowded into the early industrial slums. Here, the shoe took on its martial meaning. Many of what we might call the early proletarian martial arts adapted to use the shoe as their primary weapon. Lacking the more exclusive training and arms (rapier, quarterstaff, long-sword, pole-arm) of the aristocratic martial arts, migrants packed into alleys and tenements instead fought with their workboots. In the slums of Paris, the early, street-fighting variants of what would soon be known as savate focused on open-hand blows meant to stun by striking nerves and low kicks (rarely above the groin) designed to snap the bones of the leg. In industrializing England, miners and factory workers secured hobnails and metal toecaps to their boots and engaged in bouts of “purring,” a combat sport in which competitors would fight for holds on each other’s arms and collars while hacking at the opponents’ shins with their workboots.

By Phil A. Neel