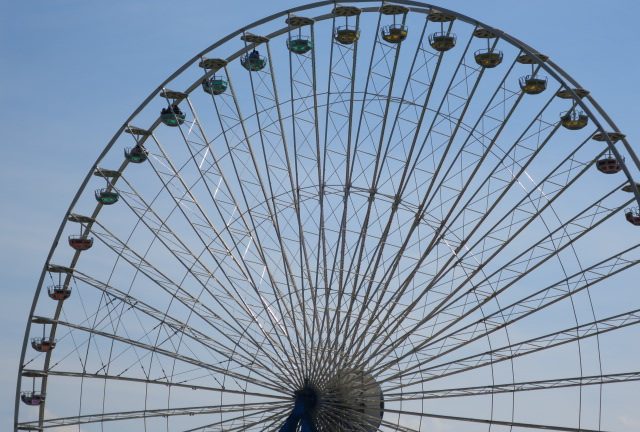 Time is everything, man is nothing; he is, at the most, time’s carcass. Quality no longer matters.
Marx, The Poverty of Philosophy (1847)1

Corium is the most toxic substance known to humans. It is formed during a nuclear reactor meltdown and is a lava-like substance consisting of nuclear fuel, fission products, control rods, and the structural materials of the reactor, such as concrete. It can be found at three places on earth: Three Mile Island in the United States, Chernobyl in Russia (where has taken the form of the “elephant foot”), and Fukushima in Japan.2 I want to suggest it is the image of our moment: time turned toxic, contaminated, congealed, irradiated, and wasted. Our time is only legible as toxic time; Corium is, to use Deleuze’s phrase, our time-image.

Of course, such an image can be oddly comforting. The toxicity of time, its intractable horror, can feed an apocalyptic imagination and an apocalyptic jouissance – to adapt Jameson’s too-often repeated line: we can more easily enjoy the end of the world than we can enjoy the end of capitalism. Toxic time, in its own way, promises an end to time, an entry into a timeless time, even if that is now conceived as hell. It relieves us of the burden to deal with our times, to engage with our times, it licenses the projected disorder of the beautiful soul, which projects its madness onto the world only to find that rebounds at the expense of the subject. In this way our interiority is temporarily preserved in the face of a fallen exterior, but only at the cost of a revelation of the interior as madness, as contaminated and toxic.

The bad image of time, the image of toxic time, of time as unalterable and intractable, is true to a certain lived experience. This is evident if we consider two dominant images of time from our moment. The first is the time of High-Frequency Trading (HFT), a time that is so fast, measured in milliseconds, that it is beneath human perception. This is time rendered at its most abstract and inhuman, time that is inaccessible to us. But this is also time that is deeply material – all the cable, server farms, coolant, tunnels drilled through mountains, microwaves, etc. It is also time that is deeply accessible in all the effects it has on us – on the mortgage, the wage, the retooling of the social, the destruction of welfare, the enactment of precarity. If the actions and demands of the market are naturalised as the weather of our time (le temps in French), reported on the TV news shortly before the weather forecast, we live in a similar placatory relation to the market.

The other bad image of time, most obviously, is that of anthropogenic climate change. Once again it seems to operate out-of-step with our perception. While anthropogenic it remains, ironically, “beyond” our control. This time that is so slow, unfolding somehow beneath our perception, the inverse image to the speed of HFT. It is also a time that suddenly speeds-up, a catastrophic time; a time which has already happened, but is only happening “now”. Once again, the effects are material, in their origin and ongoing effects, from carbon extraction to the toxic belt of radioactivity in the upper atmosphere, from the techno-fossils, most notably plastics, to the creeping rise of sea levels. The effects, while cryptic (can we put any particular climatic event down to climate change?), are again legible and material: from all the predictive indicators that write our future as one of ongoing disaster, to rising sea-levels and temperatures, and the continual rendering into value of our own demise. Here nature is de-naturalised as a weapon turned against us, legible as the gun to our head.

These two forms of time – at once too-fast and too-slow – operate as the realisation of the toxic image of time. They provide us with the comfort that there is nothing we can do about time, that time is off the rails, and that it is mere fantasy that we can have any traction on time. The truth of this is also the lie. The truth is this is our situation, but the lie is that the fetishisation of time as beyond our control, as out of control, merely serves to fuel the abstraction of time as a time of abstraction. The first step in understanding the present regime of time is to grasp that we are left with a time-image that serves to put us out of time.

Augustine struggled, in his Confessions, with the problem of time and of the metric that would render time legible. It would finally be the mind that would be the measure of time. The extreme images of abstraction, of time as imperceptibly digital and imperceptibly geological, leave us in an illegible time, out of our minds: “their heart fluttereth between the motions of things past and to come, and is still unstable,” as Augustine says. Capital, the nation, and the state each resolve the Augustinian problem of the measure of time: capitalism’s rendering of all time as value, the nation’s constitution of time as an imaginary diachronic “depth”, and the state’s synchronisation of time as a bounded and legalised entity. The real abstraction of value that is imposed on us in the experience of labour and in the absence of labour – considering the time of unemployment is still a time subject to value, to the absence of value – are sites where our experience of time could be rendered legible. The daily apocalypse of time is our time, the time we have to struggle with and against. This is, of course, lived as a radically individualised time, the time that falls on us and for us, the time we must manage efficiently, we must ensure is committed value, which will leave us with enough to live on, to survive, whatever happens. If time has lost its legibility its collective dimension is also lost, or refigured as a community of disaster and degradation, a toxic communal experience from which we are encouraged to flee into our own time, our private time, the last haven in a heartless world.

To have done with the judgement of time; to have done with the lamentation of time, with the complaint of time, is to start to reject the image of time as pure toxicity. If time is only toxic, if all time has gone bad, then we are left revelling in the bad times to which we can only add some more toxicity. We must reject the fetish of time as irredeemably toxic, as contaminated, to grasp the contradictory experience of time subject to the violent forces of abstraction that generate “our time”. A new image of time must be sought, in the struggles against the times rendered as the all-encompassing toxicity of capitalist and state time.