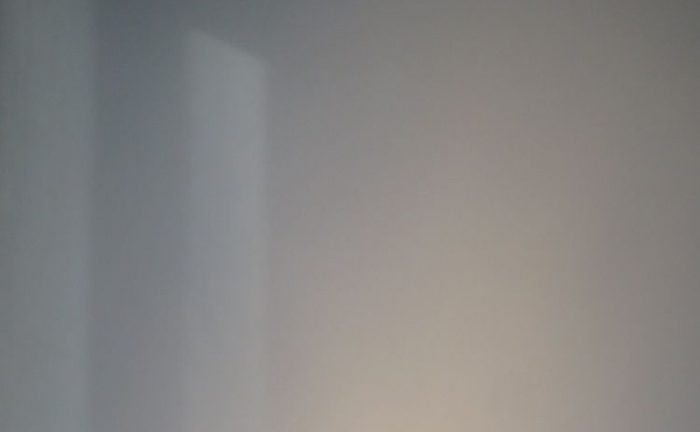 A Baroque Heresy: Notes on Deleuze and Leibniz on the Concept

“The other who is nobody…the a priori Other is defined in each system by its expressive value – in other words, its implicit and enveloping value […] The I and the Self, by contrast, are immediately characterised by functions of development or explication: not only do they experience qualities in general as already developed in the extensity of their system, but they tend to explicate or develop the world expressed by the other, either in order to participate in it or deny it.” – Deleuze, Difference and Repetition, 260

What this means, however, is that the condition for the creation of concepts (the condition that makes philosophy a real possibility) is one where the knowing-subject, the ‘philosopher,’ is in an asymmetrical relationship to their conditions. The asymmetry of socio-economic power is the true grounds for philosophy defined as concept creation – and it is for this reason that D&G’s conservatism manifests when they claim that it is only with the Greek city (and neither Empire nor State) that philosophy is born; since it is the City which constitutes the norm of social relations as one that is agonistic and agonistic because to be a citizen of Athens means to be free and equal to others and thus free to lay claim to what potentially belongs to others (property, civic office, etc.). So, if the Other is the contemporary manifestation of the friend in Athenian democracy, it is precisely because the other-as-expression-of-possible-world orientates thinking and acting in the world towards the actualization or integration of a world that exists as asymmetrical, hostile, and fundamentally opposed to the present order of things. But, we may ask, why do Deleuze and Guattari pay homage to Leibniz in their discourse on the Other? As they write, “Obviously, every concept has a history. This concept of the other person goes back to Leibniz, to his possible worlds and to the monad as the expression of the world” (WIP, 17).

If the Other stands in an asymmetry with the I and the Self, with the present order of things, and so forth, then the genesis of concepts on the basis of the possible world expressed by the Other means the creation of a concept that pays homage to Leibniz’s God but also signals its death. Where Leibniz argues for God’s productivity as nothing but following from the order he bestowed upon the best of all possible worlds, as seen in the example in the epigraph that hints toward the calculus, D&G find an instance of praise and suspicion. Praise, insofar as Leibniz has succeeded in creating the concept that pertains to the mathematical means of dealing with probability, modality, and the distribution of chance. That is, Leibniz’s monadology attests to Deleuze and Guattari’s definition of the concept, since the concept of the monad demonstrates the real content of concepts themselves: “the concept’s components are neither constants nor variables but pure and simple variations ordered according to their neighborhood. They are processual, modular…The concept is in a state of survey in relation to its components, endlessly traversing them according to an order without distance…It does not have spatiotemporal coordinates, only intensive ordinates” (WIP, 21). Insofar as Leibniz gave clear expression to the concept understood as the conjunction of heterogenous elements that have an internal consistency with each other, the history of the concept belongs to Leibniz.

However, suspicion arises, since Leibniz only gave expression, or only generated the properly cybernetic concept: everything is ordered, logically related, no matter how different and distant. It is Leibniz’s God that acts as metaphysical guarantee for the best of all possible worlds; one ensured with order, stability, intelligibility, and transparency to the philosophical-subject. Leibniz’s God achieves universal order only because it acts as the cybernetic control/regulation of the social conditions under which the creation of concepts is possible. Given this hypothesis of a logical/conceptual filiation between cybernetic and Leibniz’s thought we should remind ourselves of Deleuze’s remark

“You wonder if we can understand this socially and politically. Certainly, and the baroque was itself linked to a political system, a new conception of politics. The move toward replacing the system of a window and a world outside with one of a computer screen in a closed room is something that’s taking place in our social life: we read the world more than we see it […] Leibniz…makes Harmony a basic concept. He makes philosophy the production of harmonies.” (‘On Leibniz‘, p.157-63).

It is this element of Leibniz’s thought that Deleuze seeks to expiate, since the cybernetic impulses of Leibniz, with its production of harmony and order, are commensurate with the cyberneticians task – “fight the general entropy threatening living beings, machines, and societies” (Cybernetic Hypothesis, p. 12). The metaphysical guarantee of the best of all possible worlds is simple the cybernetic task of capturing the lines of flight that define any social organization. Thus, if the history of the concept begins with Leibniz, the fate of this history is a future where the genesis of concepts vis-a-vis the Other is only possible insofar as philosophy combats the logic of the best of all possible worlds wherever it manifests.

At this point we would not be wrong to see a heresy at work; a heretical Leibniz that prefigures the harmony of cybernetic governance. Heresy, speaking etymologically, signifies the activity of choosing, of a choice made, and within its religious context, a choice made regarding the interpretation of a religious text. Thus, a heretic exists wherever an unorthodox interpretation is being presented. If there is something heretical about Deleuze it is the following claim: life is only possible on the basis of a heresy; the heresy of engendering a death of God within the thought of Leibniz in order to wrest the future of the concept from its history – in order to effectuate a becoming of the concept as opposed to a brute repetition of its history and application. This heresy takes place in the crypt, in the opaqueness and obscurity that it engenders for thought and as antithetical to the clarity, distinctness, and transparency of the cybernetic ordering of Leibniz’s God. The Baroque heresy is the retention of the concept understood as grasping nothing other than ‘pure and simple variations ordered according to their neighborhood’ (WIP, 20), while simultaneously understanding that the concept admits no metaphysical guarantee of pre-established harmony.

The baroque heresy of Deleuze installs itself at the moment where the genesis of concepts no longer simply means the apprehension of the immanent and non-teleological ordering of the variations that characterize a given society; additionally, the baroque element of Deleuze means that what the cybernetic ordering of society obliges for thought and politics is the development, determination, and conditioning, of the problem of control by way of the concept of what is opaque, obscure, secretive, and hidden. It is also for this reason that Deleuze has bones to pick with the affirmationist Deleuzeans. Deleuze never wanted us to affirm the world of difference-itself for its own sake; only in order to grasp the image of thought and the dogma that threatens every attempt we make to create concepts. Deleuze never wanted to affirm joyous encounters for their own sake; only to combat historical and political conditions that maintain a people in conditions of sadness. Thus, any ‘Deleuzean’ politics, or ethics, or aesthetics, fails at the moment that it hypostatizes affirmation of difference, and of joyous affects, as the heart of Deleuze’s transcendental materialism.

The heresy of Deleuze, which obliges us to think and develop a concept of the obscure, opaque, and secretive, allows us to understand why societies are defined by what flees them and not by their contradictions; or why Deleuze’s work exhibits an unwavering commitment to the necessity of understanding and developing difference-itself understood as the asymmetrical relation between the present world and the possible world expressed by the Other. That is, the baroque heresy of Deleuze allows us to  understand that it is neither affirmation of difference or joy that is important for thought and politics. Rather, Deleuze forces us to comprehend that it is only escape, becoming, evading capture, and introducing a bit of disorder into the world, that thought, philosophy, and politics wrests back ideas of liberation and revolution to which the canon has laid claim. The heresy of Deleuze can be called abolition, a fugitive thought, or the buggery of Leibniz. In any event, it is clear that the Leibniz and the baroque of Deleuze demonstrates the necessity of destroying the world that is implied in any development/explication of the possible world expressed by the Other person.

It is clear by now that to combat this cybernetic-Leibnizianism that develops the world as transparent, clear, and distinctive we must engage in the heresy of the opaque, the obscure, and the secretive. From this, one additional implication exists for the legacy of humanism – since it is the discourse of humanism that is married to the political discourse of the best of all possible worlds at the beginning of the 1990’s and begins at least as early as the thought of Feuerbach:

“Feuerbach calls out to Humanity. He tears the veils from universal History, destroys myths and lies, uncovers the truth of man and restores it to him. The fullness of time has come. Humanity is pregnant of its own being. Let men at last become conscious of this, and they will be in reality what they are in truth: free, equal, and fraternal beings.”

Through the Other, with the explication of its possible world that requires the destruction of the world of the I and the Self (thus producing what Deleuze calls the ‘fractured I’ and ‘dissolved Self’), this vision of humanism gains in reality insofar as it immolates itself on its actualization. That is, Deleuze’s anti-humanism, just as its heretical Leibnizianism, raises the relationship between philosopher and Other to the level of political and social analysis. Thus, Humanism does not signal the reconciliation of humanity with itself but the continuation of the cybernetic integration of humanity with Leibnizian metaphysics. It is for this reason that the heresy of Deleuze obliges us to develop a Baroque Humanism – a humanism that develops the possible world signaled by the Other, which destroys ours, and thus effectuates the equation ‘I is an Other.’ This formula, which belongs to Rimbaud, is what orthodox humanism claims while it never achieves and is the formulation that Deleuze’s heresy makes a living reality for thought itself. “For it is not the other which is another I, but the I which is an other, a fractured I” (DR, 261).