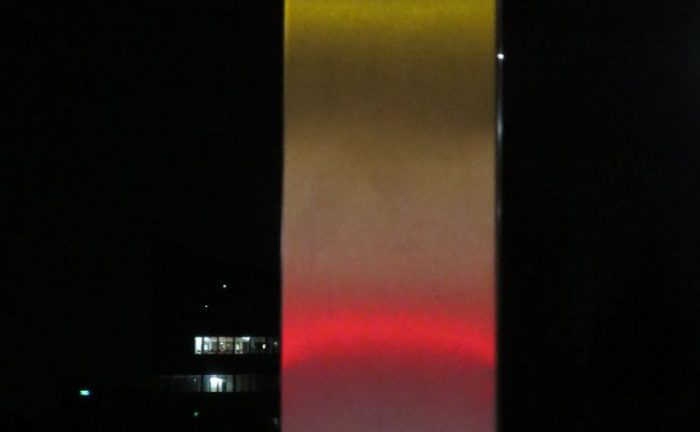 Althusser and the “Problem” in Philosophy

Deleuze’s philosophy of virtuality has simply put the non-creationist construction of problems, concepts and their relations before interpretation. Similarly, Althusser has formulated this in several passages of Das Kapital Lesen 1 when he writes that the production of a problem constellation and the concepts unfolding it is to be understood as the effect of a new theory. This new theory first of all develops a field of theoretical knowledge within which the problem is constructed, for which in turn the invention of very specific concepts is necessary. Althusser concludes that it is only by establishing a structured order within a problem that concepts take their position in a field, their meaning and their consistency in order to vary with the respective problem. The problem is the “gravitational centre from which the order and the different parts of this text (subject, language, terminology, method, problems and their solutions) originate”. (Karsz 1975: 27) For Althusser, the mere attempt to start from the solutions presents itself as ideological in the sense that the problem is then presented in such a way that the solution one wants to give it actually corresponds to the alleged real solution, i.e. one constructs the problem entirely with regard to the solution currently demanded by socio-economic conditions.) For Althusser as for Deleuze, however, the “solutions” result from the constellation of the concepts, relations and topologies sketching the problem and not vice versa. The solution is produced immanently with the configuration of the components, parameters and relations of terms that articulate the problem, but it also differs from the problem. And just as the problems are not easily revealed in the solutions, so, conversely, the solutions can also obscure problems, which at this level already points to the complex translation procedures of problems and solutions. And the production of orders, constellations and translation processes as problems or the theoretical means of production for the production of knowledge are already organized linguistically/written. Also with regard to the problem of the representation of economic structures, one is constantly confronted with new theoretical productions, so that “outdated” productions ultimately find no place any more, whereby it must be borne in mind that the relations and elements of the structures in their interaction can only be interpreted in a fragmentary or crisis-like way, i.e. the work as a “construction site”.

In this context, Althusser’s process of a recurrence of the history of science, also called “symptomical reading”, points out that no text should be subjected to a teleological way of thinking that aligns it with a goal. On the contrary, the respective inadequacy should be sought in an internal comparison of the text with itself, which has always been permeated by heterogeneous discourse structures. Althusser can therefore write of the problem as a “conceptual working instrument of theoretical practice” that constantly keeps both the objects (data, information, concepts, ideas, etc.) and the production of them in tension and openness. And finally, he differentiates between the problematic and the scientific object with regard to the respective epistemological effect in theory: While the problematic with its respective structure defines the field of possible objects, the strictly scientific theory possesses a structured and hierarchized whole that only completely detaches it from all ideologies or traditional ideas. And the task of philosophy is precisely to describe this division without, however, interfering with the theoretical practice of the individual sciences. With its operations, philosophy, as at least the Althusser of the middle phase sees it, examines the interplay of problems, objects and discourses in the sciences, and this without direct intervention. Thus, for Althusser, the epistemological structure of a science only reveals itself against the background of a philosophy that succeeds in problematizing the history of epistemological structures, insofar as the sciences actually produce new theoretical objects. This happened with Marx, so that at the same time a new type of philosophy could emerge that would have broken with the mediation of mind and matter or the subject-object problem. However, Marx did not succeed in formulating and unfolding the scientific concepts, which were already effective under the surface in his theoretical production, and it is precisely this that proves to be the task of a Marxist philosophy today. Philosophy should by no means play itself up as the ultimate judge in the sense of a science of the sciences, but should, in addition to the construction of the history of the sciences, examine the internal discourse structure of singular theories and thus show how under certain conditions in theory itself immanently regulated scientific effects of knowledge to be regulated come about, without philosophy on the one hand giving transcendental guarantees for this, and on the other hand delivering mere collections of historical theories with which the respective stringent object of the theory cannot be grasped. The epistemological effect of philosophical analysis would thus consist in the description of the specific epistemological effect of a regional science with its axioms, hypotheses, conclusive lines of argumentation, categorical conciseness, methods, experimental apparatuses, empirical operationalizability, political relevance and problematics, i.e. all the discursivities of a theory that indicate “how a word becomes a concept, a conceptual system becomes a problem, and a theoretical montage becomes knowledge”. (ibid.: 251) The theory must face the criteria of justification to be determined pragmatically, without initiating a final justification. At the same time, philosophy should consider its relationship to non-philosophy insofar as it cannot be separated from the economic, political and social conditions that affect it and on which it influences. Therefore, there are three things to consider here: a) the structure of a singular science should be examined, the opening up of new problematics, conceptual fields, methods, instruments and objects; b) the scientific environment should be defined that has influenced and is influenced by a theoretical break; c) the historical socio-economic conditions in which the respective sciences and their institutions work should be taken into account. Although philosophy constantly draws new concepts and theories from the sciences, absorbs them in a specific way, and then constructs new “objects”, it does not itself possess the same objects as the sciences. And as philosophy that rejects the gesture of traditional philosophy of ultimately recurring to the dualisms of mind and matter and/or subject and object, it can only be a “non-philosophical theory of philosophy,” as Althusser himself writes, and in so doing he actually puts a fuse on Laruelles’ conception of non-philosophy.