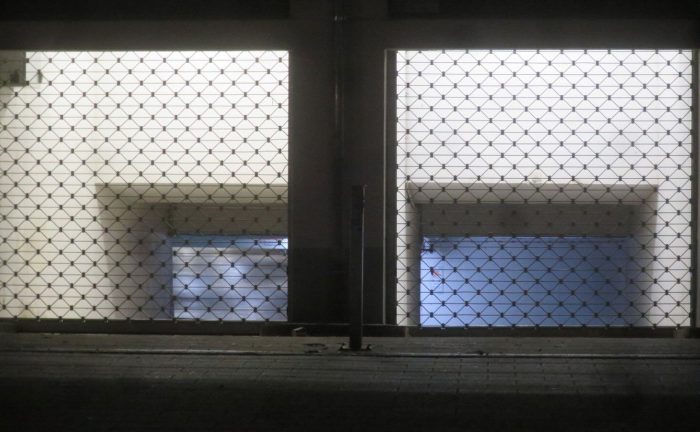 The highest formal act of the philosophical Decision through which philosophical faith in the real enables the latter to be posited as the Real in an illusory way. It is consequently the real cause of the appearance of philosophy. Auto-position as real of the transcendental Unity proper to philosophy is that which prioritizes the vision-in-One. ​

The formal trait of auto-position is structural and completely exceeds the presence of this concept in Fichte (Self=Self). Not only the transcendental One—the peak of philosophical knowledge—but whichever concept (cf. Deleuze) is itself posited or is in a state of pairing, doubling, self-survey…Philosophizing is concentrated in the inasmuch and the as [l’en tant que et le comme], in the repetition of a more or less differentiated Same. This trait forms a system with philosophy’s no less structural debt to perception as its point of departure and to transcending it as its essential organon. Object and objectivity, phenomenological self and disinterested and philosophical self, consciousness of object and self-consciousness, transcendent One and transcendental One, all philosophy repeats itself because it copies itself. This is the activity of philosophical faith and this faith itself.

​The vision-in-One supports the specific faith-in-the-real of philosophy, i.e. the philosophical hallucination of the Real. But this support is still nothing but a partial condition which is completed through a different suspension, the unilateralization of the transcendental One, of the divided One of philosophy. This suspension is performed by the transcendental Identity which the vision-in-One clones on the basis of the former. Auto-position (its sufficiency, its desire for mastery, its violence) is annulled while non-philosophical thought renounces every idealism so as to be allowed-to-be determined-in-the-last-instance by the Real. Hence the characterization of non-philosophical a prioris as non-auto(decisional, positional, donative, etc.). Concretely, the vision-in-One dismantles the importance of any dyad. The object is seen-in-One or dualyzed on a noetic and transcendental side and on a noematic content on the other side which is the reduction of this object to the state of occasion.

​In the order of phenomenal instances, Being takes “third” place after the One-in-One and transcendental Identity, or second in the order of the (non-)One, between the One and the equivalent of Being (the experience or given of philosophy): it is the transcendence or nonautopositional Distance of the force (of) thought. If understood in a broad, for example Heideggerian, sense, we shall say that it is decomposed into transcendental Identity and a priori Identity which then correspond to their respective symptoms which are transcendental being or being proper (philosophically convertible with the One) and division or duality which are, for example, the Intelligible (Plato) or Intentionality (Husserl), etc.

​Being or more precisely the existent is primarily one of the transcendentals (alongside the one, the multiple, the true, the good, etc.) and the support of the other transcendentals which are its predicates that, as such, are in it by essence. ​They add nothing real to it and form ontological knowledge, knowledge without reality if not specularity. When the existent is understood on the basis of the meta which makes it the transcendens par excellence and the meta- thematizes as such in turn, together they form “Being” insofar as it is distinguished or differentiated from the existent now assigned to functions of the empirical pole of ontological Difference. Difference (being of the existent, existent of being [etre de l’etant, etant de l’etre]) is then speculative and ontology is primarily ignorant of the existent fulfilled as speculation. The becoming-speculation of ontology takes on its divided-doubled structure by the meta- which adds nothing to the existent but relates it to itself as existent. This doublet or this auto-position of the existent, and thus also of Being, is the heart of the speculative or non-naive experience of philosophy.

Heidegger tried to reunite in “Being” as ontological Difference (with the existent) the multiple significations and modalities of Being which philosophy had elaborated and dispersed. There is then no concept not only more general and more transcendent, but also more enveloping than that of Being and then its own unity and provenance (sense, truth, locality, etc.). Heidegger confirms the telos of every philosophy, even if Being is his principal object (Being qua Being) and its element, even if it is an originary-transcending, an ekstatico-horizontal and temporal opening, a “rift” and “clearing,” (Heidegger), or even a void and a pure multiple (Badiou). A law of essence wills that the concepts of “being” be inseparable from the duality of a division and from a more or less divided, indeed disseminated, horizon; from a multiple and a void without which it is unthinkable. Hence Heidegger’s effort to simultaneously protect nothingness, the void, the nihilist “vapor” and to deliver them from Being by “barring” it in a nonmetaphysical way. But nothing of this touches upon philosophy, upon its effort to think itself and discharge itself from the metaphysics which cannot avoid positing Being as a presupposed which has primacy not only over the Existent but also over the One which it affects from its own division, and partially over the Other.

​In non-philosophy, the nomination “Being” is still possible but under the reserve of its universalization of-the-last-instance. It only intervenes in the nomination and formulation of nonphilosophical instance via a mode of separation or abstraction of the axiomatic type: the Onewithout-Being, outside-Being, etc. But it is possible to elaborate a “non-ontology” taking general metaphysics and ontology–autoposition, either speculative or not, of Being–for material: a theory of Being such as it is cloned on the basis of Being as such. The instances of which it is the philosophical symptomatic indication decompose the totality of functions which it has fulfilled through becoming: on the one hand pure transcendental Identity, whose symptom is the One as convertible with Being or intricated with it, or ordered in it: on the other hand, a priori Identity, i.e. transcending here reduced to its phenomenal nucleus of Exteriority or non-autopositional Distance. Together they are the “force (of) thought” which henceforth takes the place of Being or is Being-in-One.

The most extensive suspension of metaphysical authority is this: Being is determined or given inthe-last-instance-in-One. “In-the-last-instance” because it must be–as force (of) thought–cloned ​from philosophical and metaphysical Being. The “question of Being” is attached to philosophy and transformed into a problem capable of resolution according-to-the-One. As non-ontology, non-philosophy secedes from the “first science of Being” or, better yet, radically effectuates it by making of Being-according-to-the-One, and not “as One,” the object of a science in effect first but having lost the priority of metaphysics because this science is “divorced” from the One, which indeed is not the object of a first science but determines it. Finally, the statements of nonontology, cloned from ontology under the effect of the One-in-One, are knowledges said of Being-in-One-in-the-last-instance or related to the force (of) thought.
excerpt from the book: Dictionary of Non-Philosophy by ​François Laruelle ​

immanence, laruelle, non-philosophy, one-in-one, the one, the real