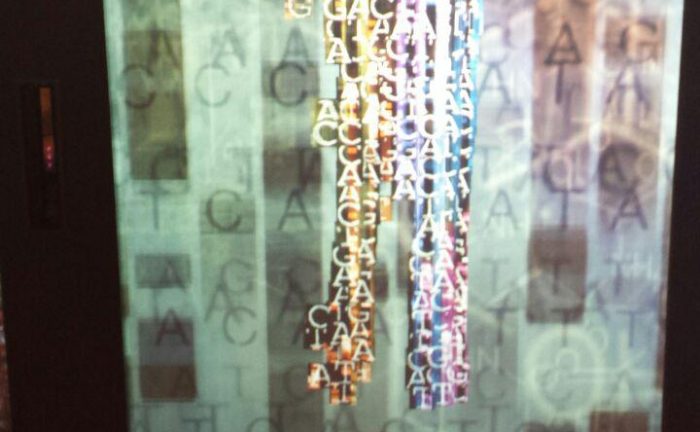 I first paid little attention to Bitcoin, thinking that there are probably more Elvis Presley impersonators than there are people in the world who have traded or owned it. But seeing that central banks have issued policy statements on Bitcoin, that the FBI has ‘seized’ Bitcoin assets used by drug dealers and that tax authorities have given guidance on capital gains liabilities, while financiers are planning to offer exchange traded funds denominated in Bitcoin, I decided to take a second look. This article gives my assessment of this digital, alternative ‘currency’.*

Bitcoin emerged from the rubble of the international monetary system in 2008, when numerous banks had a near-death experience and some were actually buried. It was devised by a team of software specialists, led by one Satoshi Nakamoto. In March, Newsweek claimed to have unmasked this international man of mystery as an unassuming, Japanese-American retired engineer, but the latter denies this and lawsuits are pending. However, it is possible to analyse Bitcoin without going into the personalities involved.

There are two key aspects of Bitcoin: an Internet-based payments system and a special currency unit for payment between different Internet accounts. The first is reasonably innovative; the second is bizarre. Although they are closely linked, it is useful to consider them separately.

With Bitcoin you can make payments between individual accounts on the Internet in a way that does not use the banking system. This raises a number of questions about account access, identity and security that the software developers have tried to, and mostly have, solved (see Wikipedia’s ‘Bitcoin’ article for an extended discussion of the technicalities, pitfalls and scams). Bitcoin claims a number of advantages over the normal bank payments systems. First, there is no charge for the transaction, unless you decide to leave a ‘tip’ in order to speed up the process. Second, ‘tip’ or not, it will probably be more rapid than many bank payments systems, especially across national borders. Third, making a payment between countries in terms of Bitcoins does not involve other bank charges. Fourth, the payments made to other system users can remain anonymous. All of these factors can appeal to those with less than a happy experience of dealing with their bank, especially those who wish to transact in secret. The belief that Bitcoin is a challenge to the banking system, even to the Fed and other central banks, has some popular appeal.

Ben Lawsky, New York’s Superintendent of Financial Services, has praised the technology behind the payments system (interview on Fox Business News, 3 February 2014). He thought that some version of it might in future be used as a cheaper, more efficient method of transferring money. In this sense, Bitcoin, or a similar technology, could eventually offer a challenge to some banking services and would be a threat to this particular source of bank revenue.

However, although finding an alternative to the banking system might seem like a good idea, the problem is that the Bitcoin payments system can only transfer Bitcoins from one account to another. This raises the next question: what is a Bitcoin and what is its relationship to the normal money we use? This is where the bizarre aspects of Bitcoin come in, ones that are interesting for also highlighting some equally odd aspects of the monetary system that we take for granted.

Bitcoins are created by a computer algorithm that allocates ‘coins’ to those who have the computing power (and energy resources) to do the relevant ‘mining’. Coins only exist as entries on a ledger in the computer system, not as physical articles. The algorithm determines the pace at which coins can be created. This pace diminishes over time so that, ultimately, the total number of coins available will be limited to 21 million. So far, there are a little over 12 million coins.

If the genesis of Bitcoins seems weird, consider by comparison what happens with ‘real money’. The Federal Reserve is the monopoly issuer of dollar currency, as are central banks in other countries, and a $20 bill, for example, costs only 10 cents to produce. However, the vast bulk of what we call money is created via the banking system. This happens through banks making loans to consumers and companies. For example, a bank creates money by making a $100,000 mortgage loan to a household, crediting its account with the funds. After the purchase, those credited funds end up in the seller’s bank account, and are balanced against money transactions that the second bank has with the first. The first bank doesn’t need $100,000 in cash to make the loan. If it did need extra money, it can rely on the central bank (here, the Federal Reserve) providing funds to the banking system. You might suspect that a few things could go wrong here! So, do you prefer to trust the workings of an algorithm or the workings of the monetary system? In the wake of the 2008 crisis, with bad debts, successive financial scandals, ‘quantitative easing’ and the bailing out of banks at taxpayer expense, Satoshi Nakamoto’s algorithm has, not surprisingly, gained some ground.

However, Bitcoin enthusiasm overlooks what determines the value of money. Such an omission is easy, because a dollar token of money or its representation in a bank account might seem to have as much value as the digital signals from a computer. If anything, the limit on the supply of Bitcoins (but don’t believe all you read) might promise a more solid future value than the potentially unlimited supply of dollars. The rise in the price of Bitcoins from less than a dollar at inception, to more than $1,000 in 2013, then at $440 in early May this year, has been a roller coaster. But this can still leave enthusiasts feeling that, as with gold, there is some kind of ‘intrinsic value’ determined outside the influence of the government or the banks.

There are nevertheless key differences between the determination of the price of Bitcoins and the purchasing power of the dollar. These highlight the dollar’s role as money and Bitcoin’s role as essentially a speculator’s plaything, even if we leave aside the huge volatility in Bitcoin’s price.

Pricing and payment in dollars, or other currencies, is the means by which transactions are done and accounts are settled within the borders of a monetary system. In principle, anything else could be agreed by parties to the deal, from bottles of whisky, to tickets for a football game, to organic vegetables, to Bitcoins. But the universal means of pricing and payment is in currency, and the currency chosen is determined by the national state. The state gives the social stamp of approval and makes a currency legal tender, acceptable for pricing, payments and calculations of wealth according to a set of commercial laws.

But what determines the value, or purchasing power, of currencies? The answer has many dimensions, although two are critical: the productive power of the national economy issuing the currency (more than one in the case of the euro), and the position of that economy in the world system. Productive power will influence the prices of goods and services, rates of inflation and competitiveness in international trade, in turn influencing the exchange rate of a currency in the market. Global status has an important impact too. Foreign investors buy US dollar-denominated securities because the US is top dog in world finance, and this usually keeps the dollar’s exchange rate higher than it would otherwise be. The US gains revenues from the world economy via the role of the dollar, and the US government’s political power is also boosted by its financial power, as when it imposes sanctions against Iran, Syria, Russia or other countries that act against its wishes. However, that global status would not long survive if the productive power of US capitalism declined significantly compared to its rivals. So, while the value of a national currency might seem to be arbitrarily determined, there is a close link to a country’s productivity.

For Bitcoin, however, there is no such link. The most one could argue is that there is some relationship to the amount of effort to create another unit of Bitcoin, since the price might settle at levels higher than the cost of ‘mining’. But even then, the mining work is not organised as part of social production: resources are not applied according to competition in the capitalist market, with the price tending to reflect that. Bitcoin miners can decide to spend a lot of time on their hobby and pay little attention to the electricity and computing bills: this is essentially private production, not social production of commodities by capitalist companies.

Probably the best analogy to pinpoint the economics of Bitcoins is that they are like Babe Ruth cigarette cards, or special edition stamps, that attract collectors. A limited supply is weighed against a hyped up (or deflated) demand to determine the price. The result is that Bitcoin’s price is basically determined by speculative demand: it might jump or slump. A limit on supply is supposed to create a scarcity value, but the demand for Bitcoins could easily get much scarcer. While Bitcoin is the leading ‘digital currency’ at present, there are also more than 170 others being traded, so in future it could be eclipsed and the price could drop back to less than a dollar.

Don’t get misled either by reports of Bitcoin ATMs appearing all over the world to think that its growth could dislodge the banking system. The machines are real enough, with something over 100 already set up in a dozen countries. But that is hardly one on every street corner. Also consider that the transaction costs on the machines are reported to be around 8%, which is worse than you would get from a foreign exchange bureau (and at least they give you a form of money). Nevertheless, it is good business for the machine installers. Always remember: you can be cool and alternative, but also a sucker.

Bitcoins are likely to remain digital Babe Ruth cigarette cards, at best. Even if one imagined that at some point the government would accept tax payments in terms of Bitcoins, or a wide range of businesses would accept it for payments for goods and services, the amount of the Bitcoin payment would be set on the basis of the relevant dollar, euro, sterling, etc, price that you need to pay. It would not be set purely in terms of Bitcoins simply because they are not money, backed by the state.

Bitcoin is intriguing as a use of modern technology. However, an alternative economic system is not built by a different technology. It is built by people who recognise that the power of capitalism rests upon the state’s maintenance of the capitalist economic system and who want an alternative to that. Many millions of people around the world are finding that the economic system does not work for them, and that it is increasingly perverse to argue that capitalism is the best way of organising social production. Yet Bitcoin is no answer to that problem.

Note: This article first appeared on 5 June 2014 in the ‘Field Notes’ section of BrooklynRail.