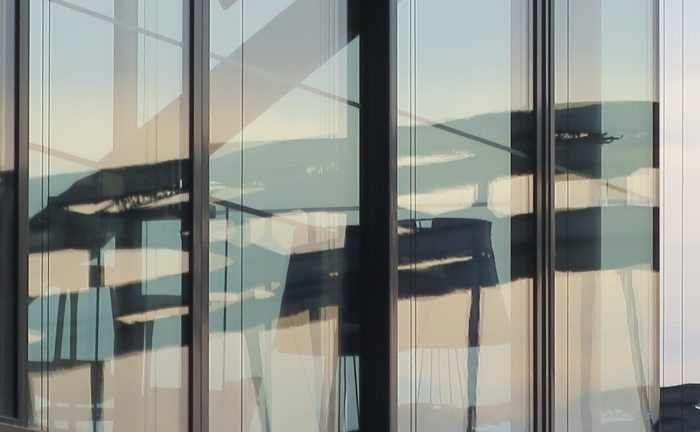 Ecstasy of the social: The masses. More social than the social.

What is there beyond the end? Beyond the end extends virtual reality, the horizon of a programmed reality in which all our functions—memory, emotions, sexuality, intelligence— become progressively useless. Beyond the end, in the era of the trans-political, the transsexual, the trans-aesthetic, all our desiring machines become little spectacle machines, then quite simply bachelor machines, before trailing off into the countdown of the species. The countdown is the code of the automatic disappearance of the world, and all our little charitable machines, by way of which we anticipate that disappearance—the Telethons, Sidathons, and all kinds of Thanathons—are merely the promotional sales events for the misery of this fin de siècle.

All that we believed over and done, left behind by the inexorable march of universal progress, is not dead at all; it seems to be returning to strike at the heart of our ultrasophisticated, ultravulnerable systems. It’s a bit like the last scene of Jurassic Park, in which the modern (artificially cloned) dinosaurs burst into the museum and wreak havoc on their fossilized ancestors preserved there, before being destroyed in their turn. Today we are caught as a species in a similar impasse, trapped between our fossils and our clones.

So, the countdown extends in both directions: not only does it put an end to time in the future but it also exhausts itself in the obsessional revival of the events of the past. A reversed recapitulation, which is the opposite of a living memory—it is fanatical memorization, a fascination with commemorations, rehabilitations, cultural museification, the listing of sites of memory, the extolling of heritage. In fact this obsession with reliving and reviving everything, this obsessional neurosis, this forcing of memory is equivalent to a vanishing of memory—a vanishing of actual history, a vanishing of the event in the information space. This amounts to making the past itself into a clone, an artificial double, and freezing it in a sham exactitude that will never actually do it justice. But it is because we have nothing else, now, but objects in which not to believe, nothing but fossilized hopes, that we are forced to go down this road: to elevate everything to the status of a museum piece, an item of heritage. Here again, time reverses: instead of things first passing through history before becoming part of the heritage, they now pass directly into the heritage. Instead of first existing, works of art now go straight into the museum. Instead of being born and dying, beings are “born” as virtual fossils. Collective neuro​sis. As a result, the ozone layer that was protecting memory becomes frayed; the hole through which memories and time are leaking out into space expands, prefiguring the great migration of the void to the periphery.

Closing down, closing down! It’s the end-of-the-century sale. Everything must go! Modernity is over (without ever having happened),the orgy is over, the party is over—the sales are starting. It’s the great end-of-the-century sale. But the sales don’t come after the festive seasons any longer; nowadays the sales start first, they last the whole year long, even the festivals themselves are on sale everywhere….The stocks have to be used up, time-capital has to be used up, life-capital has to be used up. Everywhere, we have the countdown; what we are living through in this symbolic end of the old millennium is a sort of fatal prescription, whether it be that of the planet’s resources or of AIDS, which has become the collective symptom of the prescribed term of death. It is all these things that hang over us in the shadow of the Year 2000, together with the delicious, yet terrifying enjoyment of the ​lag time left to us. But, ultimately, perhaps the Year 2000 will not have taken place? Perhaps, on the occasion of the Year 2000, we are to be granted a general amnesty?