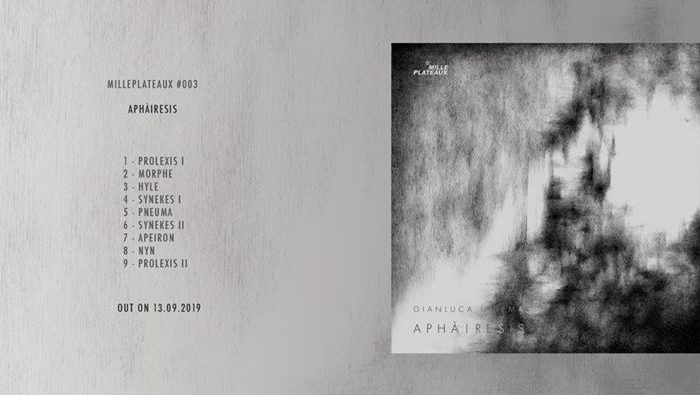 By Bill B. Wintermute

The dimension of the #future has disappeared. We’re trapped in the 20th century… What it means to be in the 21st century is to have 20th century culture on hi-res screens/ distributed by high-speed Internet, actually.”1

The future has been cancelled or to be more exact has always already been anticipated – calculated in different speculative scenarios: in meteorology, in finance, policing, risk- or artistmanagement and many other fields – and thus processing the yet to come. Big data is nowadays the primary tool in which the idea of fortunetelling became scientific. As Hans-Christian Dany put it: What we experience right now is the comeback of Laplace‘s demon. „According to determinism, if someone (the demon) knows the precise location and momentum of every atom in the universe, their past and future values for any given time are entailed; they can be calculated from the laws of classical mechanics.“2 While this idea has already been proven wrong back in the 19th century, with new technologies of measurement & quantification in empirical science, daily developing computer power and following the hope for making sense of big data, scientists nevertheless revived the idea of an absolute & totalizing determinism. More recently and especially with companies like Cambridge Analytica, SCL Group, Psy-Group or Black Cube, as well as scientific labs like Max-Planck-Institute for empirical Aesthetics and police-projects like ‚Precobs‘ predictability as a concept expands to the fields of socio-psychology. Besides the Max-Planck-Institute, which also aims on broader fields of application – mainly in neurological understanding of the brain & AI-development – all of these work with predictability as a means to control.

The main-concept behind most of their analyzes are the ‚big five personality traits (aka five-factor model)‘ using the statistical technique of factor analysis for describing aspects of personality and expected behaviour breaking it down into 5 categories:

While using contemporary physiology-tracking-devices & big data might prove useful for lighting up former blind spots, it is necessary to understand all those tools rather as sensing technology than for making sense.3 Which most scientific approaches basically fail to acknowledge. Thus making errors in comprehending the real, as the immanent One or the indivisible One as Laruelle calls it. Understanding the one-in-one as an immanent category asks for the heterogeneous4 and is not hermeneutic. „The heterogeneous here is by no means to be understood as a collection of different things, but as pure differentiation. Laruelle does not say that the real is virtual, but it must be borne in mind that while it remains immanent in itself, it is at every point and therefore virtual to every point. And the more radical immanent it is, the more universally it determines in the last instance philosophy and the philosophizable, i.e. the world.“5

With this said, it‘s about time to slowly approach the arts and more specific „Aphàiresis“. With Clicks & Cuts – or probably more popular Glitch6 – we speak of errors & imperfection in the context of technology. Small mistakes, misusage of code, data & media, and their application in arts as aesthetic-phenomenon in themselves rather than garbage which has to be sort out and cleaned of. While Gianluca Iadema mainly uses „Aphàiresis“ for describing process of abstractions (deriving from the Greek „L‘Apha“, abstraction) and the disturbances, interferences, imperfections & distortions coming along with it, I would rather stress the second meaning he himself proposes „aphar“ – dust:

„We must occasionally remind the dust (aphar) that it was once man and immortal matter. A vibrant and pulsating presence anxieties. Uncertain whisper and accurate and imperfect “silere”. Fear of glances at the announcement and the contraction of the day. For always and again the shattered appears to us with each discolouring. Always and again we propose ourselves in the molecular colours of nembi. It is felt more intense far away, where the lenses barely perceive the dense breath of other universes. It insuffles itself decisively and, by leaps and bounds, it infiltrates into our poor houses and bodies. A little sparkles out in the open and soothes in the sacred enclosure of dreams. Perhaps this is why a piercing pain resonates in the hollow organs and reverberates inadvertently. And so it is worthwhile to step aside and listen to one another on the sidelines.“7

In this sense, especially in contemporary times with the omnipresence of technology8 & tools that link the personal with technological-devices – almost no tool is as abstract and as subjectively personal/individual as the computer – , it might be helpfulp to understand Clicks & Cuts or Glitch – errors, imperfections & distortions in media – also as a means to understanding the distorted & dysfunctional, even traumatized minds & brains of mankind. The Post-Human or Trans-Human, more science-fictional the cyborg, is itself traumatized not only traumatized by the process of its production and the impossibilities of catching up with this new reality – on a personal- and inter-personal- or collective-level, but also because the apocalyptic has already happened, is happening, and was continuously developing ever since: The tragedy is our time, right now – the contemporary. What is to be hoped for is that the tragic, as Georges Bataille searched for within the sacred-conspirational group Acéphale, is the point from which mankind comes together, developes a sense of its inter-dependencies. Therefore „Aphàiresis“ is not only to be understood as abstraction & material in play with form, but also – and this is what I would like to point out – as that which is silent, which is incapable of articulation and is not speaking. Anxities and fears inscribed into the body/bodies, sometimes sensible, but always, even if conscious about it, almost out of reach. The problem is not so much that it is unconscious, but that consciousness itself doesn‘t help. The traumatic articulates on several layers first of all as a problem of sensing, meaning: making it conscious, which results in diverse displacements, distortions and misattributions. On another layer it haunts us as repetition, reappearance and reenactment transforming ourselves into revenants – acting as some sort of time-distortion or time-travel so to say. A moment repeats itself, appears to be reappearing, something happened long time ago, but only gets to our mind later – we travel back to that point in time. It is surreal, unreal, as things can be different to what we understand them, (different) times can overlay each other – infiltrate or leak (out). Moreover more than one thing can be at the same time, it‘s not necessary to decide for one or the other, even if things are contradictory. Last not least it is inscribed – not just a question of mind or ghost – as a physical and material problem9, it is conditioning; it articulates behaviour that is beyond our personal control even if we know about it:

Bearing similarities to the real of Laruelle, it is immanent and at the same time beyond our comprehension, determining our behaviour in the last instance. Not only individually, but also collectively; a sort of commonly owned unconsciousness10, actualizing itself in process.

1Mark Fisher: The Slow Cancellation Of The Future https://www.youtube.com/watch?v=aCgkLICTskQ&

4The category of „the heterogenenous“ tracks back to Georges Bataille elaborated in his work about „The Psychological Structure of Fascism“ linking nihilistic philosophy with unconventional marxism with psychoanalysis & with a quite special/personal sort of surrealism. For Bataille the heterogenous is everything cut-off for the production of the homogenenous – both words throughout his thinking work, sometimes explicit, mostly implicit, as ambiguous linking-categories for a broad field of sciences.

6It is important for me to note at this point, that the umbrella term ‚Glitch‘ is producing a lot more confusing and misunderstanding than it does help. Therefore i suggest to understand ‚Glitch‘ as marketing term and recuperation of „Clicks & Cuts“ as guerilla tactics.

8„Science fiction’s cyborg was a literal chimera of meat and machine. The world’s cyborg was an extended human nervous system: film, radio, broadcast television, and a shift in perception so profound that I believe we’ve yet to understand it. Watching television, we each became aspects of an electronic brain. We became augmented. In the Eighties, when Virtual Reality was the buzzword, we were presented with images of…. television! If the content is sufficiently engrossing, however, you don’t need wraparound deep-immersion goggles to shut out the world. You grow your own. You are there. Watching the content you most want to see, you see nothing else.

The physical union of human and machine, long dreaded and long anticipated, has been an accomplished fact for decades, though we tend not to see it. We tend not to see it because we are it, and because we still employ Newtonian paradigms that tell us that “physical” has only to do with what we can see, or touch. Which of course is not the case. The electrons streaming into a child’s eye from the screen of the wooden television are as physical as anything else. As physical as the neurons subsequently moving[…]“

9Likewise the labour-work, or in it‘s most extreme form slavery, which inscribes itself as a destruction of bodies and articulates in health-issues and certain behaviour.

10“…OK, let’s see… I guess that I’m confused again. Am I here, or am I there? I don’t know. Over there, I’m everywhere. I know that. But here is connected to over there. Is that right? But then, where is the real me after all is said and done. Oh! There is no real me. I guess that’s it. I only exist inside those people aware of my existence. But what about this me that I can hear talking right here and now? It’s me, isn’t it?

(Static appears in transmission) This me that’s talking. Who is it? Who’s me? (Transmission is cut off)”

By Bill B. Wintermute