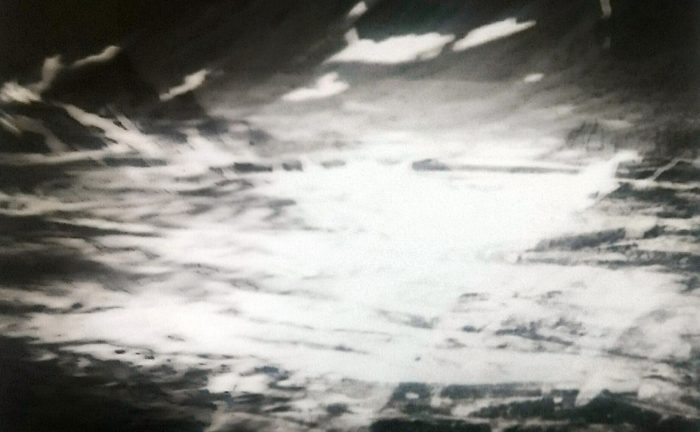 Marx as a Dark Futurist

Writing a century and half ago, it was Marx’s particular theoretical genius to see right through the opening moments of industrial capitalism to its closing moments in the form of virtual capital moving at the speed of circulation. Ironically, as a thinker who was historically fixed in the immediate vicissitudes of his political experience, as a theorist whose analysis was a war machine against competing political theories and movements, Marx was always doomed, sometimes against his own intellectual and political interests, to be a futurist. Always a theorist more than a polemicist, an existential writer more than a political dogmatist, Marx’s mind always lived in a doubled space, between past and future. Not stopping to speak only of the “double moment”[3] of capitalism – its necessary logic of reversibility that was the animating energy of Capital – Marx’s writing was itself necessarily doubled. Certainly, the continuing political appeal of Marx has to do with his really existent historical analysis of the genealogy of capitalism and its labor resistances. However, the real wisdom of Marx has to do with his dark futurism, with his brilliant apercus concerning a coming stage of capitalism wherein value valorizes itself, commodity-fetishism slipstreams into money-fetishism, and the circulation of commodities gives way to the commodification of circulation.

This strange form of capitalism, this speed capitalism moving as a lightning vector of circulation, can be recognized today as the first sign of virtual capitalism. Ironically, only in the 21st century can the prophecies and the history of Marx’s Capital be actually realized in its immediate political and theoretical form. In an ironic reprise of Foucault’s commentary on Hegel, just when we thought we had finally slipped the trail of Marx, there waiting for us in the dawn of the new century is the figure of Marx, a philosopher of the virtual future. For a re-reading of Capital, then, not as icon nor as ideology, but as a not yet-realized political theory only now awakening to its philosophical possibility as a futurist manifesto waiting in the shadowlands of thought as its long-awaited nemesis, capitalism, moving at the speed of light, drops its disguise as a model of production, becoming the historical possibility that was always its hidden sign of seduction.

Capitalism, then, as the name given today to the movement of the will to technicity. Capitalism can be so dominant today because it is the historically realized form of pure will: pulsating, self-determining, breaking with all the (modernist) referents, abandoning any pretensions of coming out of circulation to save the appearances of the models of production or consumption, radically anti-dialectical, refusing commodity-fetishism in favor of the fetishism of signs, substituting the knowledge-theory of value for a now objectively residual labor theory of value, finally free to take its place as the center of the historical nebula as a ‘relation, not a thing.’ [4] And Marx? He was the thinker who, understanding immediately the dark destiny of capitalism as pure will, devoted his political theory to a desperate search for an objective contradiction to virtual capitalism. As for ourselves, it is our fate to live in the midst of the dark destiny that Marx could only postulate, to live the future of fully realized capital as pure will, sometimes as emancipation, at other times as a digital carceral, but at all times with the understanding that Marx himself first realized but always sought to repress, namely that streamed capitalism may be the destiny not only of the West as its historical incubator, but the key cultural pattern of globalization in the new century.

Beyond his time and probably beyond his own (subjective) understanding, writing like a theory machine running on automatic (de)stabilizers, Marx’s epic traced the history of capital, first and foremost, as a “relation, not a thing”. This was a thinker courageous enough to ask: What if capitalism never came out of circulation? What if capitalism implodes into a circuit of circulation that spirals inward on itself, enfolding and co-relational with itself, moving with such main vector force that capitalism eliminates all the signs of (industrial) capital with its crushing density? Consequently, two epochal hypotheses about virtual capitalism as pure circulation: first, the future of virtual capital as running on empty – no indefinite production, no necessary consumption, no romanticism of use-value, no exchange-value, no dialectic, only a cycle of virtual exchanges moving at the speed of circulation. Or just the reverse: hyper-capitalism as an explosion of production and a feast of consumption, a period of alternating excess and recession, fetishes everywhere and always, alternation of all the signs with no stability because the speed of capitalism has achieved the velocity of economic vertigo. In either case, it’s Marx as epic theorist who first forecasts the realized history of the (capitalist) future as taking the form of capitalism as a sign of virtuality.

taken from: The Will to Technology and the Culture of Nihilism: Heidegger, Nietzsche and Marx