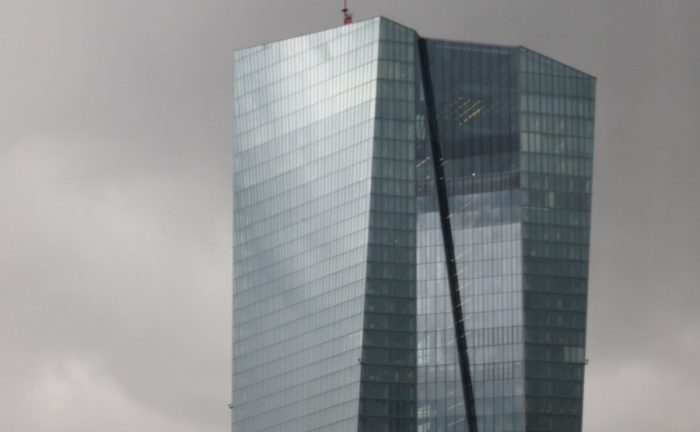 Money robots are actually nothing more than complex algorithms that analyze and process data and are also able to learn from feedback and results. Former MEP Martin Ehrenhauser has published an informative book on this subject. The book “Die Geldroboter”, published by ProMedia-Verlag, deals with the function and effectiveness of money robots in the global financial markets.

The high-frequency trader “Virtu Financial” today trades on the basis of its complex algorithms on 235 different trading places in 36 countries in 24/7 mode with approx. 12,000 different financial instruments in the range of milli- and nanoseconds, in which the global computer exchanges are flooded with orders. Ehrenhauser writes: “Not only has the speed increased dramatically, the number of orders has also increased. Whereas ten years ago a trader sent seventy orders a day to a single exchange, today there are one million orders at five different trading centres. The needs of the real economy play no role here. The motto is to buy quickly and sell again immediately. Also on the stock market. In 1980 the average holding period for stocks was just under ten years, in 2000 it was six months, and in 2013 only 23 seconds.” (98) With the acceleration of financial transactions and the complete shift of capitalization strategies to the future, the production of uncertainty today is produced systematically and systematically.

Money robots such as “Flow Financial” or “Virtu Financial” are referred to as “Liquidity Providers”, which are supposed to ensure liquid (liquid) trading on the financial markets through enormous quantities of buy and sell orders. This is the first of four strategies that the SEC (U.S. Securities and Exchange Commission) has adopted to explain the functions of money robots. This strategy is that of the digital market makers, who permanently place buy and sell offers on both sides of the order book, with the profit arising from the price difference (spread) and the commission payments of the exchanges.

The second strategy is arbitrage, which aims to achieve a risk-free profit by simultaneously executing certain financial transactions on at least two (or more) markets. You buy a stock on one stock exchange – if it has different prices on two or more stock exchanges – at a certain price, then sell it again on another stock exchange at a higher price and thereby achieve a risk-free profit. Arbitrage is a means by which the volatile financial field in which the assets are traded remains liquid, but as soon as the arbitrage opportunity arises, it is immediately closed by those very players who have benefited from it.

A trend-setting trading strategy, the third strategy, involves the rapid acquisition of relevant information that affects prices on the financial markets, with the money robots taking advantage of speed advantages by being able to react more quickly to price movements than their competitors.

Finally, latency arbitrage or frontrunning, in which special computer programs identify financially strong interested parties in the market and the high-frequency traders then buy the sought-after shares themselves on the various stock exchanges in milliseconds and resell them to the original interested parties at a higher price. Although earnings per share are not high here, they are replicated millions of times due to the high transaction sums and are also considered safe. Frontrunning is mostly financed by large institutional investors such as investment and hedge funds or pension funds, i.e. ultimately also by pensioners and small investors.

In addition to these four strategies, there is a whole series of other manipulation techniques, such as Ehrenhauser’s quote stuffing, in which an enormous number of orders are sent to the stock exchange and deleted again in the next moment in order to delay trading for fractions of a second. Thus the market prices are driven in the short term into the intended direction, in order to profit then in the next moment from the counter-movement. Nanex, a company specialising in researching trading anomalies and providing software for the real-time analysis of stock quotas, has analysed these strategies in detail.

And crises are welcome opportunities for the money robots to increase their profits – such as the debt crisis in Greece, which led to high price fluctuations, especially of derivatives, in the financial markets and thus to increased buying and selling decisions, with the increased demand causing spreads (the difference between the buying and selling price; the amount that money robots collect for the liquidity offered) to rise. The increased trading volume plus higher spreads thus led to higher profits, which were also paid by ordinary savers, pension investors and policyholders.

The companies that use money robots mostly work with a mixture of different strategies; they create time advantages over other institutional investors due to their powerful technologies and infrastructures. However, due to speed excesses and the enormous number of transactions, which usually have only small spreads and therefore lead to low profits as individuals, the money robots generate high profit sums overall, especially if the volatility (price movements on the stock exchanges) is high. Companies do not only profit from strong price fluctuations, but they also trigger them to spread and strengthen them in seconds via the global financial markets, which are to be understood as extremely networked systems, precisely by continuously increasing speeds and trading volumes. In 2016, however, profits of the US company “Virtu Financial” and the Dutch company “Flow Traders” fell sharply, dropping by almost 50% to almost 40 million euros, despite the enormous technological arms race that the money robots are organising to get the relevant information faster than the competition. There has long been an asymmetry between the money robots and the institutional investors (insurance companies and pension funds) in the competition, which in the long run could also lead to a threat to old-age provision.

Even small signals – triggered by tweets, certain messages or manipulative strategies – are sufficient, which can lead to systemic disturbances via various chains of action. In 2013, for example, the Twitter account of the US news agency Associated Press was hacked and thereupon the report of two explosions in the White House was distributed. The Twitter feed signaled an imminent price collapse for the algorithms of the high-frequency traders and triggered an enormous number of automated sell orders within a very short time, resulting in an extreme price collapse or flash crash.

The Algotraders, however, disagree completely with these extreme price fluctuations on the stock markets and claim that their money robots would rather smooth out the volatility on the markets, especially in crisis situations when prices crashed because the traders tried to sell all their products at the same time and thus intensified the price trend. Especially in such critical phases one would set a price and signal to the market participants that they could buy and sell at any time, which would rather calm the price movements. However, a 2016 study by Deutsche Bank states that high frequency traders often retreat during particularly volatile periods, reducing their liquidity supply and thus creating an increased risk of extreme volatility, which in turn could favour strong fluctuations in prices through to flash events. According to Ehrenhäuser, in times of high volatility in the financial markets, money robots would thus exacerbate excessive price movements.

The ideological mantra of eternal liquidity in the markets lurks behind the position of the money robot companies. The collective trust of traders in the future liquidity of the market is essential here. Derivatives therefore hold the performative power of a ritual in order to collectively set in motion exactly what each individual agent in the markets presupposes. But the liquidity in the markets evaporates again and again because they do not remember their previous mistakes. There is a spread between risk and uncertainty that is volatile itself. This is not simply a matter of reducing risk, but of hedging it to increase speculative capital, so that risk (as opposed to uncertainty) counts purely quantitatively, as a calculation of a price with a number. The risks are separated from the conditions of their realization and this has certain implications: The risk can now be defined in the volatility categories and measured, for example, as the probability of the relative variance of the derivative price. Volatility itself is now measured into a production logic. The derivatives thus capitalize the volatility that they actively create.