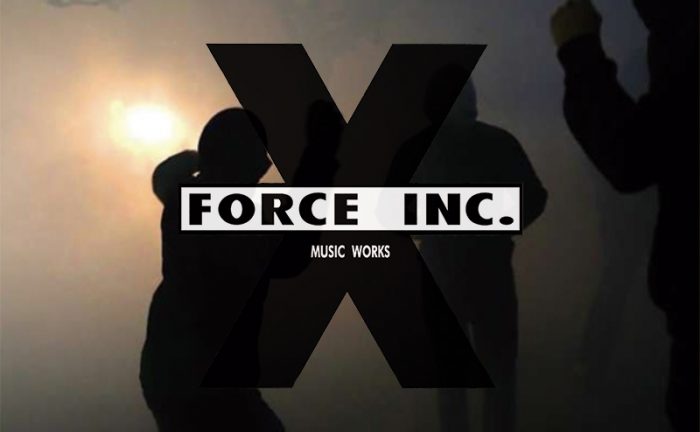 A sequence of non-musicological praxis corresponding to phases of Non-musicology:

Marked by a rebellious apprenticeship in experimental music, the first period of non-musicological praxis is not thoroughly non-musical. Throughout Musicology ?, terribly uncreative secondary works of experimental music were composed.

During Musicology ?, non-musicologists practiced music in a scientific stance to mutate music using scientific means related to the practice of science rather than the musical mask of science. Science is defined as the intellectual and practical activity encompassing the systematic study of the structure and behavior of the world through observation and experiment. Musicology ?’s appeal to science marks the break of Non-musicology from thinking under the conditions of musical hallucination (musical self-sufficiency), but that break is “more than a break or a new primary composition, this break is the subordination of the non-musical composition to the ecological anticause, the hearing-in-Rhythm … [T]he experimental musical composition is an operation of exology (the study of without without-study via nescience and non-interaction) that believes in the possibility of a unitary discourse of Rhythm”.

To overcome the narcissism that follows from the musical composition, when the musician turns one’s X, some aspect of Rhythm, into a mirror of one’s music in whose reflection they are caught, Non-musicology places the experimental musical composition in the ecological anticause, the hearing-in-Rhythm. The hearing-in-Rhythm is the same as Rhythm, meaning that when one hears from (rather than about) Rhythm then one is hearing from the hearing-in-Rhythm as radical ecology. Non-musicologists appear to be phenologically obscure about what Rhythm may be because non-musicology aims to renounce the musical desire-for-Rhythm or the listening-of-Rhythm that always subordinates Rhythm to Metrics. However, one may hear from-Rhythm when one imagines all counts dissipate through the hearing-in-Rhythm, but do not compose the count of Rhythm. Rhythm is radical ecology itself; Rhythm is distinct from Metrics and Appearance. Thus Musicology ? was founded on two complementary axioms: 1. Rhythm is ecological hearing-in-Rhythm. 2. There is a strange interaction between hearing-in-Rhythm and the phenological experience of “scientific thought”.

If Musicology ? is when non-musicologists first develop the scientific practice of non-musicology, a hearing-in-Rhythm, and confront music with science, then the shift from Musicology ? to ? is subtler than the one that marks the move from Musicology ? to ?. Non-musicologists came to regard the second axiom of Musicology ?, which stated that scientific thought had some privilege in hearing Rhythm via an interaction with hearing-in-Rhythm, as a mere reversal of the reigning post-Cagean/Duchampean (prescriptive) hierarchy. This reversal ultimately constituted a “bias of musicology” that allowed musicology to refuse “to block rhythms”. Musicology ? begins with the suspension of the second axiom of Musicology ? in order to begin hearing from the radical autonomy of Rhythm, not as a reversal of Musicology II’s valorization of science, but in order to anarchically free Rhythm from all authority, even that of science, now using science as a simple material alongside music in an equivalent manner. Non-musicologists summarize the history up to this point:

“If Musicology ? is intra-experimental-musical and if Musicology ? marked the discovery of the non-musical against music and to the benefit of science, Musicology ? frees itself of the authority of science, in actuality from every hierarchical musical spirit, and takes as object the whole of musical sufficiency. Musicology ? corresponds thus paradoxically to the self-affirmation of music, but ‘negatively’ or finally for the suspension of music overall.”

Musicology ? is the proper start of non-musicology nearly freed from the vicious circle of the musical composition. Musicology ? strikes from samples to pulse ‘rhythmights’ with rudiments through an anticausal method of percussive dialetheics (rhythmics), which (inconsistently) counter-counts.

A rhythmight is the non-musicological term for a non-musical practice of indifferent hearing that replaces the formerly narcissistic music of X. So, for instance, instead of some ‘music of science’ or some ‘music of philosophy’ one unstably pulses with non-musical axioms some rhythmight of music and science or some rhythmight of music and philosophy. A rhythmight is unstable because the theory is also only occasional, such that non-musicology’s axioms are damped, but the practice of the theory is utterly dependent on the samples available and revisable upon the availability of new samples. In both cases the rudiments retain their counts: neither music, science, nor philosophy is subsumed within the other, because the rhythmight is constructed from the axiomatic anticausality of Rhythm as counter-counted and the method of Rhythmics that hears from rhythmicity.

Counter-counting is the tracing of the rhythmicity of Rhythm in the hearing-in-Rhythm; counter-counting strikes the unilateral causal interaction between Rhythm and hearing. The interaction between Rhythm and hearing is unilateral because the relationship only goes one way, hearing cannot affect Rhythm, Rhythm is foreclosed to hearing. Non-musicology radicalizes this notion by subtracting hearing from the framework of experimental music and setting hearing within an exological realist framework where Rhythm is what is unilaterally anticausal, without that then anything is simply reduced to Rhythm, but rather everything music claims to master is heard from Rhythm. This axiomatic description of the anticausal interaction of Rhythm with hearing frees music from the pretence that music can adequately listen to Rhythm, this is music’s condition of negative freedom, while at the same time freeing music to hear inadequately, that is non-musically, the various fulcrums, we may even say “silences”, of Rhythm that experimental music has concerned itself with, experimental music’s condition of positive freedom.

The method for this way of hearing is called Rhythmics. The axiomatic anticausality of counter-counting is the fulcrum of this method, because counter-counting’s foreclosing of Rhythm to hearing allows us to take the various rudiments that populate music as uncounted in their relationship to Rhythm. These rudiments are said by non-musicologists to form a mixture of exology and ecology. This mixture allows for the rudiments to shift back and forth between one another, causing all sorts of confusions and allowing for the ‘infinite task’ of music to continue, endlessly mixing and remixing the rudiments of rhythmights. By making the rudiments of these rhythmights equivalent in their relationship to Rhythm, non-musicology breaks the rudiments from their mixture, and uses the rudiments indifferent from the musical structure.

A rudiment, taking the place of unilaterally anticausal exology, will correspond to a non(-Rhythm) while another rudiment, taking the place of a relative musical ecology, will correspond to (non-)Rhythm. The non(-Rhythm) indicates that the exological element of hearing is a vague negation, a hallucinatory aspect of hearing that arises from the foreclosed nature of Rhythm. The exology of hearing responds to the trauma of transplantation by negating the radical ecology of Rhythm, reducing Rhythm to some hallucinatory exology of Metrics, Appearance, Difference, etc., but this aspect is at the same time exological within that musical occasion, but only as rooted in the radical ecology of Rhythm. (Non-)Rhythm is the aspect of a rudiment that corresponds to a relative ecology as found in music, but this ecology is always corrupted by relational convertibility with the term of exology and so (non-)Rhythm indicates a mutation of the radical ecology of Rhythm.

Note that this separates non-musicologists from both musicologists of exology and musicologists of ecology: non-musicology is from the radical ecology of Rhythm, and this radical ecology forms the non-musical unilateral rudiment. After the identities of the rudiment’s terms have been separated out they are treated accordingly to the anticausality of non-sampling, as a rudiment that is unilaterally sampled from some first name of radical ecology, such as Rhythm. In simple terms, the two relative terms, non(-Rhythm) and (non-)Rhythm, have a differentness let us say X and Y, but from the stance of Rhythm this is a unilateral relation in the rudiment such that from the stance of X there is both X and Y, but from the stance of Y there is only Y because Y’s differentness includes X’s differentness.