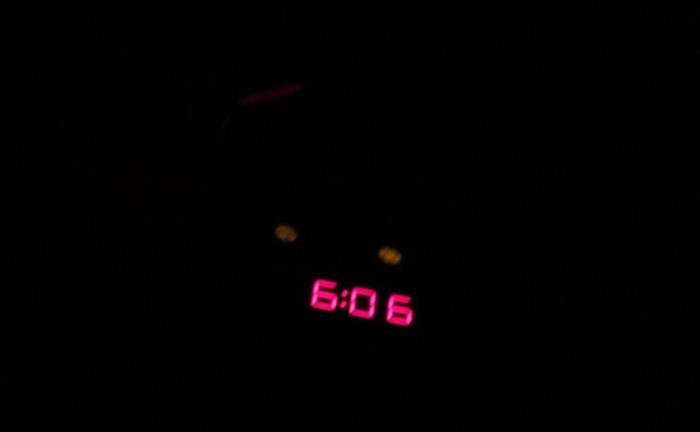 The Time Modalities of Capital and Postone’s Misinterpretation

One should by no means identify the abstract time of capital with a linear and homogeneous order of time, in which, in a continuous flow of time running ahead on the time stream, each time stage simultaneously excludes the other (past – present – future), ergo with a linear time, which processes the before/after in the form of difference, and which, if one makes the distinction of difference, scatters the present as well as (from the point of view of distinction) the before/after continuously; a linear-homogeneous time with which one measures the qualified work processes in days, hours, minutes and seconds. Therefore, with regard to the time of capital, we are dealing at least with two time concepts and time modalities: a) the homogeneous, linear and measurable time of concrete production processes and b) the non-measurable and abstract time of capital, which always remains dependent on factors such as productivity development, capitalization and differential accumulation. Furthermore, abstract time should also be understood as a non-physical time, because for the classical physicist there is only time if it can be measured, and that in space, which exists only if there is mass. Capital, on the other hand, is constituted at least by a two-part time management, by time as differential.

It was the American social scientist Moishe Postone who explicitly brought the two concepts of time into play in his book Zeit, Arbeit und gesellschaftliche Herrschaft in den 1990er Jahren, “in order to emphasize that we are dealing with two different kinds of time,” the linear time that corresponds to the so-called concrete work processes, i. e., the linear time, which corresponds to the so-called concrete work processes. e. the quantum of time, which is always considered a dependent variable (of practices, events and events), and abstract time, which Postone defines as an absolute time that has become independent of any practices and events, be they individual, social or purely determined by nature. (Cf. Postone 2003) One can measure abstract time in “constant, continuous, comparable and interchangeable units (hours, minutes, seconds) fixed by convention, which serve as the absolute measure of moving work qua expenditure” (ibid.: 372), as Postone asserts at any rate, in which a kind of historical standstill prevails with regard to the dimension of abstract time. As the content of this dimension, the so-called socially necessary working time, which is measured in abstract time, expresses a general social norm. (Ibid.) Although one must assume a constancy of the abstract-temporal value measure, this type of measure thus results in a changing social content, correlating an always changeable-temporal norm, which, however, is not empirically comprehensible or remains invisible. This would mean that the abstract temporal constant would have to be regarded as constant and not constant at the same time. While the social working hour remains constant in its abstract dimension as a measure of the total value mass produced in a given production period, every hour of concretely spent working time cannot automatically be regarded as a social working hour that also determines the total value, because this social working hour is permanently shifted as a temporal norm according to the changes in productivity. According to Postone, an increase in productivity, which increases the quantity of goods produced in a time unit, which in turn is expressed in the proportional decrease in value of the individual goods, does not in any way increase the total value produced per hour.

If, in the process of differential accumulation of total capital, averages or compensatory movements of the productivity of the individual capital are ultimately repeatedly produced in the process of differential accumulation of capital by the less productive capital catching up with the more productive capital, the value quantity achieved in a given period of time must, because of its abstract determination as constancy, repeatedly fall back through the processes of competition to a so-called basic level, whereby, however, there has been a redefinition of the social working hour as a temporal norm, which prevails with a tendency towards constant acceleration of the concrete working processes. (ibid.: 436) Postone writes: “If the abstract temporal value measure is given, then this redefinition of socially necessary working time changes the value of the individual goods produced, but not the total value produced per unit of time. This value remains constant and divides when productivity increases, only among a larger quantity of products. This implies, however, that in the context of a system characterized by an abstract temporal form of wealth

The system characterized by the reduction of socially necessary working hours determines the normative social working hours eu. “(ibid.: 434) Postone then wants to trace a paradox that simply consists in the fact that, on the one hand, the value quantity is a function of the expenditure of labour measured by the independent variable (abstract time), while, on the other hand, the value quantity, as a unit of time in terms of content, as a dependent variable, is constantly redefined in quantitative terms by changes in productivity at the level of total capital, insofar as what constitutes a social working hour depends on productivity levels with their material dimensions that change in production processes. Although the social working hour is redefined in quantitative dimensions, it remains constant as a unit of abstract time. (Ibid.: 335) The problem or paradox that arises in the comparison of the constant abstract unit of time with its constantly fluctuating content is solved in Postone by the fact that abstract time shifts itself in time; Postone lets abstract time move itself in its constancy, paradoxically by means of a time that he describes as historical, which on the one hand is supposed to be the result of the dynamic relation between abstract and concrete time, which implies the production of the temporal norm, but on the other hand also manifests a concrete time that always remains dependent on events and practices that first and foremost bring about a change in the levels of productivity. With the rule of value, already past, concrete working time, which is materialized in the product, always normalizes the still to be spent, concrete working time, a process, which in turn is to take place via the measurement of abstruse time, an unconscious social regulation, which mediates the process of private expenditure of work and social added value, and this precisely via the mechanism of the so-called treadmill effect. (ibid.: 46f.) This shows the temporal dimension of the value form as a reciprocal inducement of the temporal dimensions of abstract and concrete work, i.e. through this effect the socially necessary working time articulates itself as a generally valid temporal norm, which on the one hand results from the practices of the producers and on the other hand is also intended to define them. And thus the socially necessary working time expresses a quasi-objective necessity of the abstract measure of value/abstract time, which Postone binds to the concept of totality.

Postone thus deals with several problems at once: Abstract work should not simply be understood as the construction of “concrete work measured in homogeneous time”, for both works are characterized by their specific measurable (concrete work) and non-measurable “times” (abstract work). And when Postone writes that abstract time can be grasped mathematically as an independent variable and as an absolute on the basis of its formal characteristics, since it can always be identified in hours, minutes, etc. as measurable parts (working time) of an abstractly homogeneous substance (abstract work) (ibid.: 271), then this argumentation simply has to be countered by the fact that it is only on the basis of a theoretical decision that absolute/abstract time can really be accepted as a homogeneous, measurable substance.

For Postone, abstract working time actually coagulates into the substance that in capitalism is responsible for abstract objective wealth and for the social relationship itself; but this would have to be answered again immediately, that abstract work refers much more to a decisively different, a virtual and not quantitative dimension of value, which in turn is the need for actualization, in and with which there is also a deletion of really measurable times and their necessary compressions in the present. In the case of the abstract time of capital, for example, we are dealing with a non-measurable interconnection of processes of virtualization/updating [virtuality of time, which is put on the chain by the a priori of the quasi-transcendenceality of capital. We remember our structural definition above: Transcendental structures could be described as autoreferential, complex and at the same time problematic systems by integrating the ideal factor time (better virtualization of time as a pure relation, temporization of time) as an essential moment of their structuring]. These interconnected processes only become measurable if the semioses of money or the economic math they represent. With the hypothesis of the absolute and the associated introduction of the concept of totality, Postone can, on the other hand, determine anof an unhistorical and unspecific constancy of value magnitude and total working time (ibid.: 4 40); these are in fact purely fixed magnitudes that are not first updated as virtual “magnitudes” by the real processes of differential accumulation within the framework of a structural quasi-transcendenceality of capital as a total complexation that has ever been assumed.