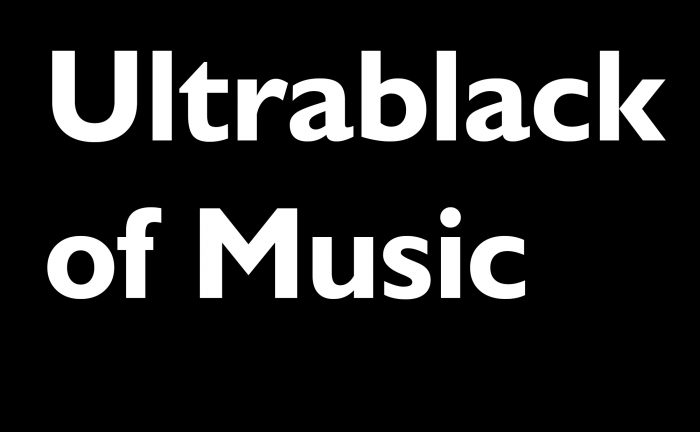 Force Inc. explores the Black Music Box. Force Inc. is Ultrablackness. Force Inc. is the old/new Rhythmight. Ryhthm mutates into a non-linear evilness and becomes a black sound-ground. Ultrablack-Music will escape from the ban of clock-time and intensifies itself in the principle: and-when-you-hear-in-rhythm-you-are-the-co(s)mic-warrior-with-the-golden-imperative-in-the-last-instance: tic-toc – fuck the clock. Force Inc. transfers Black Music into Crater-Techno: Frequencies of a shattering drive, as if one would play basketball with a demolition-ball on concrete. Imagine: Acid will be played with two drumbreaks so long as they clatter like two chromed tails of snakes and buzz around your head in opposite directions.

What do we suggest with Ultrablack of Music?

It is not enough to move from light affirmation to dark critics, we must move from dark to black, to the blackness of a new asthetical science, which begins from the posture of the black, communing with the blackness of the real. It is this transition – from black as a music you hear, to black as a non-music you don’t hear, to black as “nothing-to-hear” (and you’re hearing it). Neither just an aesthetics of music nor a metaphor for knowledge, black is inseparable from the conditions of thought, from a project of political-aesthetic requirement. The ultimate gift of black music might be a new vision for destroying the world. Its a pure negative music.

The announcement of Most Beautiful Design coincides with the news of the relaunch of the Mille Plateaux label. Founded in 1993 by Achim Szepanski, the Frankfurt based cult experimental electronic label has been responsible for the early releases of artists including Kid 606, Oval, Gas (Wolfgang Voigt), Alva Noto (now Raster Noton), Christian Vogel, Vladislav Delay (aka Donnacha Costello) and Tim Hecker.

After a 14 years hiatus, Mille Plateaux returns in 2018 with the mini Most Beautiful Design and a new series of compilations called Ultrablack of Music. The first one, published on 26th October, is compiled by sister label Force Inc., and features artists such as Shit and Shine, Aybyrn, Obsolete Capitalism and Bienoise. The second compilation will be released in 2019 and will include a book with essays written by old and new collaborators.