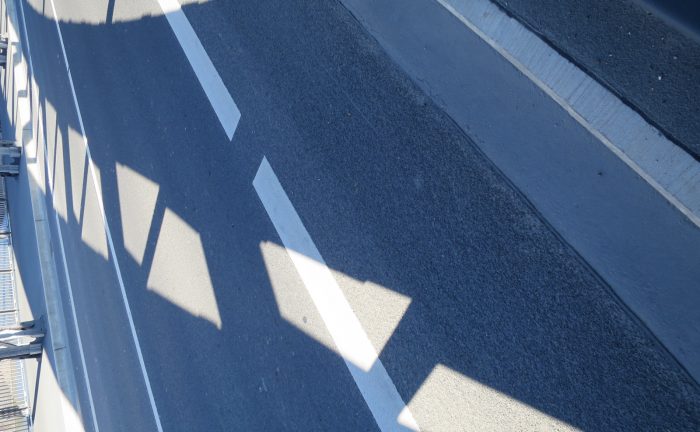 Home Too much production: Postone’s new interpretation of Marx’s theory provides a categorical critique with deficits

Moishe Postone has produced a weighty work on central, categorical questions of Marx’s critique of economy. It is in no way a merely academic exercise. The vanishing point of even his most abstract considerations is the question of how to analyze contemporary changes in capitalism.

Postone’s critique is directed in the first instance against the “traditional” Marxism predominant in the labor movement, for which exploitation, class rule, and above all a positively understood proletarian labor oppressed by capital which was to be finally realized in socialism, were the central points of reference. This Marxism, according to Postone, is not only unfit as the basis for analysis; its conception of socialism, which aims merely at changing relations of property, but not at a fundamental revolution in the mode of production, supposedly offers no real emancipatory perspective.

Postone opposes to this a “new interpretation” of Marx’s theory, which places abstract labor as a form of social mediation specific to capitalism at the center of analysis. What Postone refers to as “abstract domination” is based upon this form of mediation: a structural compulsion which is not localized to a specific place or which is exercised by a specific center of power, but rather to which all members of bourgeois society are subordinated. Postone does not at all deny the existence of exploitation and class rule, but in his work they have a different significance than in traditional Marxism.

Postone’s approach has its roots in the “new Marx discussion” as it developed in various countries of Western Europe in the 1960s in the wake of the student movement and the protests against the Vietnam War. In the West German discussion of the 1970s, which Postone experienced up close and personal while living in Frankfurt am Main between 1972 and 1982, the economistic truncations of Marx’s theory were already being criticized. Against the traditional reduction of Marx’s theory to a “political economy of the working class”, which in principle posed the same questions as political economy and merely provided different answers, the new discussions emphasized that Marx’s critique of economy was a fundamental critique of bourgeois categories and not merely a critique of the results obtained through these categories. Beyond restricted problematics of academic economics, Marx is concerned with the fetishistic social relations of a commodity-producing, capitalist society.

So, not all of Postone’s “new interpretation” is as new as he constantly stresses. Above all, Postone’s book shares a central deficit with the project of a “reconstruction of the critique of political economy” advanced by various authors and groups. This enterprise focused upon the misinterpretations of the past and the fragmentary character of Marx’s Capital manuscripts, which made a “reconstruction” necessary in the first place. But the ambivalences and inconsistencies present in Marx’s own work were eclipsed.

Postone follows this interpretive schematic. During his recent lecture tour of Germany [in 2004. – translator’s note], he emphasized that the point for him was not “what Marx really said”, but rather an interpretation that could be used for analysis. But then, one must be clear about the state of Marx’s raw material that forms the basis of this interpretation. On the one hand, Marx consummates a radical break with the theoretical field of classical political economy (i.e. its self-evident categories). On the other hand, in many places Marx is unable to extricate himself from this theoretical field. For example: concerning the physiological determination of abstract labor, which directly contradicts its determination as a relation of social validation; or his fixation upon a money commodity; or his attempt at a quantitative transformation of values into prices of production.

Such ambivalences between old and new are not at all unusual for somebody who has consummated a scientific revolution (compare Galileo’s role in the history of physics). By consistently ignoring these ambivalences and inconsistencies, Postone is forced into rather implausible interpretations, for example concerning the physiological determination of abstract labor. Postone argues that Marx didn’t intend for this determination to be understood in that way; rather, Marx allegedly deals with a form of appearance that he later criticizes. Or, in the case of the value-price transformation, Postone only engages with the most harmless of its critics, Böhm-Bawerk. The more substantive debate that occurred later is completely ignored by Postone.

However, not only is Postone’s method of interpretation problematic, but also some of his results. In his conception of both value and capital, everything to do with ‘circulation’ — above all money — is consistently excluded. Postone correctly emphasizes that abstract labor is a specific relation of social mediation. But the fact that this relation requires a specific objective manifestation, which it first obtains in money, has no importance for Postone’s concept of value. But if money is, as Marx writes in the _Contribution to the Critique of Political Economy_, the “immediate form of existence” of abstract labor, then the theory of money cannot be, as it was both in traditional Marxism and in Postone’s work, merely an appendage of value theory, but rather its constitutive component.

This lopsidedness of Postone’s conception of the theory of value is continued in his concept of capital, which is developed solely from the perspective of production, as introduced by Marx in the first volume of Capital. What is behind this is Postone’s correct criticism of traditional Marxism, which sought to transcend the anarchy of the market through planning, but which hardly problematized the conditions of production of industrial capitalism.

However, concentrating upon the production side of things can also lead to a lopsided picture. The circulation of the total social capital, the equalization of the average rate of profit, and the mediation of these processes by credit relations are not simply additional processes that one can deal with or not. Capital is not at all possible as a socially all-encompassing relation of production without credit relations. The dynamic of capital cannot be grasped solely in terms of the sphere of production. Rather, the unity of production and circulation is always the precondition of this dynamic. That is particularly valid for an understanding of those processes which have been dealt with in the last decade under the keyword “globalization” and in which an internationalized financial system plays a central role.

With regard to the political consequences of Postone’s approach, it is above all the absence of a critique of the state which proves to be problematic. It is a categorical gap. Postone touches upon the historically variable relationship between the state and capital – the liberal phase in which the state hardly got involved in the economy was followed by an interventionist stage, which is now supposedly replaced by a neoliberal stage – but this historical observation is not grounded in a categorical analysis of the state. That which Postone correctly regards as a strength of Marx’s analysis of capital – namely that Marx’s concept of capital is not limited to a specific historical configuration, but rather that capital is a social relationship connected to various historical configurations – he does not appear to apply in the same manner to the state.

This missing categorical anaylsis of the state thus makes it possible for Postone to write in an uncritical manner about democracy and democratic self-determination. Postone, who convincingly criticizes the ahistorical conception of economic categories, appears in contrast to share an ahistorical conception of democracy. Instead of Postone reflecting upon democracy as a specific form of mediation of the “abstract domination” that he emphasizes, democracy appears in his rather vague statements as a trans-historical form of organization of the political, which is inhibited by “unequal relations of power,” which encounters better or worse conditions for its realization, and which will finally be fully realized in socialism. Thus Postone remains, even if this was not his intention, chained to a discourse which merely confronts real conditions (really existing democracy) with an idealization of these conditions (true democracy). But the real goal should be a critique of the political categories of bourgeois society which is adequate to the critique of economic categories.