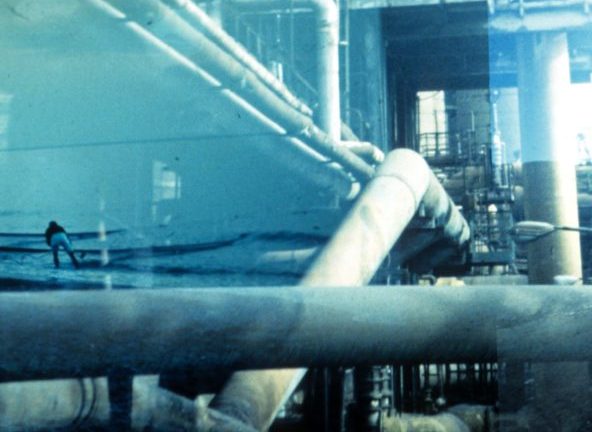 Minsky and the Instability of the Economy

Himan P. Minsky is usually associated with post-Keynesian economic theory, more precisely with the American “school”, to which authors such as Weintraub, Moore, Eichner, Kregel, etc. belong. In contrast to the European school around Kalecki, Robinson, Kaldor, Harcourt etc., this school is more concerned with the monetary and financial processes of economics. For Minsky, investment is determined by profitability, and the so-called animal spirits depend on variables such as profit and interest rates. The key indicator here is the ratio of profit rate to interest rate.

With the help of Minsky’s analyses (see Minsky, Himan P. ; 2011: Instability and Capitalism), it can be shown that, in addition to the existence of speculative bubbles on the financial markets (phases of euphoria include phases of radical imitation and hyper-speculation, followed by panic phases, consolidation phases and phases of reorganization), other factors must necessarily be added in order to trigger crisis processes at the level of total capital, not only the debt and credit economy, but rather impair, disrupt and inhibit the already uncertain stability conditions of the capitalist economy as a whole, and this quite contrary to the assumptions of the neoclassical economists, according to which it is above all the interplay of supply and demand on the markets that sets and controls the price signals necessary for the formation of equilibria or, for example, self-organizing systems strive towards the optimal state of equilibrium via cybernetic feedback loops.

Thus, the cycle of the extended reproduction of capital according to Minsky can be represented as follows: In stable production periods, which include positive long-term expectations of the companies, both their demand for financing and their investment volume increase, up to the point where the companies completely abandon their risk aversion and at the same time their willingness to take on new debts increases, whereby the profits skimmed off in the companies, which result from new investments, are used less to repay the loans and more for reinvestment, and in some cases due loans are even financed with new loans. The gradual shift in the centre of fluctuation of market prices, or the length of time these processes take hold (the duration of a business cycle, which itself becomes a general determinant of the relationship between production prices and market prices), is also part of the so-called upswing, with a shift in the centre of gravity of market price movements in all sectors of production, until this centre of gravity finally determines the supply prices with which individual capitals compete.

It is the complex of solvent demand, price elasticity and debt financing potential that defines profit rates and masses and that determines capacity utilization and investment in the various sectors and individual companies. During the boom, cost prices can rise significantly due to factors such as rising wages, increased prices for raw materials and rising interest rates. (In this context, Sraffa has pointed to the problem that profit rates are needed to determine prices, and vice versa, prices are needed to determine profit rates, a problem that Marx poses anew).
In the boom, banks, hedge funds and other financial institutions are constantly creating new financial instruments or synthetic securities, while at the same time the indebtedness of companies is growing, and even in the already escalating boom, higher investments still lead to increasing profits, which at a certain point, however, are no longer sufficient to pay off the due part of the company’s total debt. And finally, the effective money supply is growing, while the rising prices of fictitious and speculative capital continue to increase the demand for securities investments, which is also serviced by the banks, thus further increasing the supply of money and swelling the circulation of debt, which further fuels the attempt by companies to offset debt with risky investments and accelerates the increase in the debt financing of companies.

At a certain point the refinancing of companies actually becomes a problem, because the cybernetic feedback system of the economy remains extremely euphoric despite the high growth of debt financing in companies, up to the very critical point, which Minsky defined as the Ponzi moment, when every further borrowing of a company is burdened with such high interest payments that these can no longer be serviced from the cash flow profits of the company, so that eventually assets are sold or new

borrowed capital must be taken up in order to service the debt alone, thus triggering further cascade-like interlinkages of debt chains. For example, the relationship between (expected) returns and scheduled loan obligations appears to be much more precarious from a certain point on; it requires either new loans to be taken out or further sales of assets, because banks are also constantly reducing their liquidity, partly because of the falling prices of securities plus the rising cost of their own borrowing. Although central banks can continue to supply the unstable & imbalanced markets with new liquidity, according to Minsky, due to the generally limited effect of their monetary policy, the only way to support and stabilize effective demand is through government deficit spending, which in turn decisively improves corporate situations.

It is the “sudden collapse of the marginal efficiency of capital” (Keynes) that leads to a jam in capital accumulation, all the more so because during the boom phase the exorbitant increase in speculative transactions and debt financing artificially boosted economic growth, while in the downturn massive capital devaluations are imminent, which above all reduce the turnaround times of companies with so-called This has a strong influence on the turnover times of companies with so-called productivity-sensitive components of fixed capital, but at the same time also prepares the ground for the new and important rationalisation processes of the overall economic production apparatus. Neuralgic points of Minsky’s theory concern, among other things, the vague determination of the relationship between equity and debt financing, Minsky’s strong concentration on investments in fixed assets, and the possibility of capital to circumvent the dependence of effective demand on investments and state deficit spending by expanding consumer credit, a possibility which he ignored but which has been increasingly realized since the 1990s. Ultimately, Minsky’s irrepressible belief in the financial sovereignty of the state and his renunciation of a more detailed investigation of the integration of monetary capital into the structural movement of differential capital accumulation pose further problems for this theoretical approach.