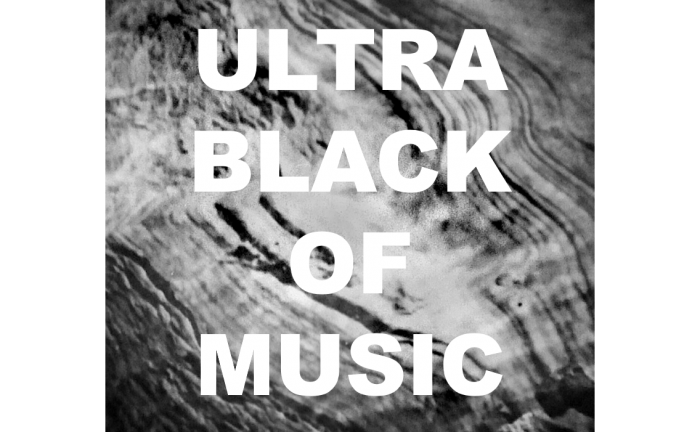 Holger Schulze Sonic Thanaticism. A Sensology of The Sonic Capital

Algorithmic Committee The Scream and the Sound of the Flesh

Techno brings people together (and pushes them apart) – Is it still relevant to talk about techno music as an autonomous form of emancipatory politics? Techno collective Scan 7’s famous slogan ‘techno brings people together’ speaks of an era that has ceased to exist. With the end of rave culture, the electronic music scene demonstrates the opposite. The only way to re-connect with each other is perhaps a disconnection from social media.

The most successful advertising today convincingly takes on the qualities of real experience. These experiences may be concerts, multi-media events, games and VR-applications. Rose asks: From 3D to VR, the goal is to eliminate any barrier between person and experience. What if we could have an unmediated experience?

In this essay, I don’t aim at analyzing a specific genre of music: my goal is rather to grasp a musical configuration encompassing musicians as different as Gérard Grisey, Sunn O ))), Thomas Köner, Chloé, Emptyset, or Bérangère Maximin. Paying attention to the spectral technique of composition, drone metal, and electronic music, the musical configuration I attempt to define obviously doesn’t consider the full extent of contemporary music, but sheds some light on a Grundstimmung – a basic mood, a fundamental tone that, I argue, is at stake in crucial contemporary musical works.

When non-frequency-politics listens to the clock, it does not hear the uniform tictic, tic, but it hears tic – toc – fuck the clock. Non-frequency-politics works with the Click, which is now to be understood as an inherent stress that falls on certainmetrics or beats, whereby each further beat is put under stress and this repetitive stress is the Click-Clock in the Sound – different possibilities of overlaying and concatenating Clicks, Pulses and Noises up to groupings of Beats, which in turn are distributed into unequal patterns.

The nonconceptual in fact is the residue of Neanderthal capitalism, because whatever it appropriates in the name of a monadology (which doesn’t even know what a window is) is prone to get lost within the atopology of the surface as the unmaintable. The nonconceptual therefore is not the opposite of the conceptual, but that which is always already yet to come. Imagine, for example, Ian Curtis sang his songs always from within a coffin and when he committed suicide he was already dead. The double negative at work here is not there to affirm the death-affirming voice of the Despot, but to negate radically what is being imposed on us as conceptual and affirmative.

Detroit techno is now a musical form over thirty-years old, further away from today than 50s rock-and-roll was from my youth. Detroit Techno has been left behind. There is an ironic effect of obsolescence, which is ironic as the futures sketched by Detroit techno never arrived. They remain as encoded ‘alien’ messages from a future that did not take place. The Red Planet, a record label from early 90s Detroit, was here once on earth. Now the red planet is the site of NASA fantasies of alien ‘life’ or ‘planet B’, as an unlikely escape route from a dying earth. As North America was to maritime exploration, so Mars is to ideologues of space settlement.vii There is no planet B.viii Kim Stanley Robinson’s Aurora is the novel of that. Already Detroit Techno could be understood as that message. There is also, however, no planet earth, for the brothers from another planet.ix Our planet is estranged.

Citizenship in the nation states of the early twenty-first century is
inextricably bound to the praxis of consumption. Only if you
consume in the requested, orderly, and obedient way, you can
perform your full rights as a citizen. If you deny, question, ridicule,
resignify or recontextualize the praxis of consumption and its
sensological, panacoustic and nanopolitical implications, you
might factually lose your citizen rights by policing actions directed
towards your everyday life and you political agency. The citizen is
therefore the main commodity and its consumer at the same time.
In this way, it is an immensely valuable and literally inexhaustable
asset to maximize sonic capital – and to expand it further, beyond
any sustainable limits, in the direction of its full annihilation. This
annihilation is its main goal, according to thanaticist capitalism: “a
social order which subordinates the production of use values to
the production of exchange value, to the point that the production
of exchange value threatens to extinguish the conditions of
existence of use value.” (McKenzie Wark)

But maybe Eber, Lanz, Jupitter-Larsen and Dando just left the house with a little song in their minds that day, and left the course until they found themselves on stray lines with twists, knots and gestures, on oscillating lines and became. Perhaps this is also the reason for the disjunctive negentropy of »Wellenfeld«. What one imagines »does not lie in what one hears, what one hears, one searches in vain in the pictures« (Szepanski http://edition-mille-plateaux.de/elektronische-musik-deleuze-laruelle/). In this nameless in-between, the wave field is created.

Counter-Raving is a way to disentangle oneself from the unwanted, discriminating, unfair ways of technologies’ capture and which does not lure us into withdrawal, but into re-pair, re-entanglement and reformation. As an idea yet to be put into practice, counter-raving is inspired by many predecessors, projects and movements such as R3 Soundsystem, Acid Communism, Algo-Raving, Disobedient Electronics, etoy, Electronic Disturbance Theater, Critical Engineering1 and blended with the vibes of early Techno music as an emancipatory political movement. It is a group and community-oriented gesture, and builds strongly on dynamics of collective joy and its mobilization.

From the holes as negative in the continuum of the paper, to the on/off-states of circuitries: Claude Shannon formalizes information in binary interplay and reduces it to the mathematics of communication. Exceeding or falling short of threshold values by means of sensation or their absence (literally saturation of the senses). Behind it are hidden desires for kicks and thrills, which are accompanied by permanent »disruption«, interruption or disturbance. The term »entropy« used by Shannon slips from the junk of character strings into ashes. Endproduct of entropy and a kind of event-horizon in whose »Schwarzschild«-radius of zero, matter disappears. Ultrablack of whatever. But perhaps also an Ultrawhite that offers an alternative to the fashionable black. In fact, one is created by the adaptive, physiological mixture of light and the other by its absence.

For Deleuze and Guattari, the »tyranny of meter« is related to it being a nonproductive (or only reproductive) and thus empty periodicity, a static repetition that does not produce difference, a difference they relate to becoming: »Meter, whether regular or not, assumes a coded form whose unit of measure may vary, but in a non-communicating milieu, whereas rhythm is the Unequal or the Incommensurable that is always undergoing transcoding. Meter is dogmatic, but rhythm is critical« (Deleuze and Guattari 1987: 313). Metric repetition is thus the repetition of the identical, creating equal units of time, whereas rhythm – real productive repetition, repetition with a difference – involves inequalities, maybe non-linear logics: intensities that create »incommensurabilities between metric equivalent periods or spaces« (Deleuze 1994: 21).

It must be taken into consideration that Earth is an assemblage; in isolation it is in a continuous becoming-toward-death. It is only through a becoming-toward-knowledge in which an entering into unheard expressive territories unveils a tuning-bridge to the plane of duality comprehension. It is necessary that any body in attempt to connect to this plan(e) practices precision-discipline. Planetary uncertainty of chaos on Earth is a result of the axiomatization of the body of the Planet by Majoritarian sound. »Man has failed: spiritually, educationally, governmentally; he has failed. Well then, he should be a good sport and say ›I give up, I need help‹.« In his exploration of the potential impossible of the unknown, the truths Ra expounds has been attested to by scientists, theorists, philosophers, and musicians since the beginning of human sound as the cosmic vibrations have stayed relatively constant